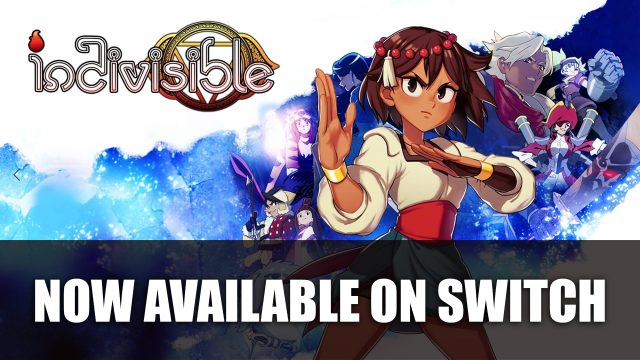 The Nintendo Switch port for Indivisible has mysteriously shown up on the Nintendo eShop today, surprising not only fans but the developers as well.

Indivisible Gets A Surprise Release on Nintendo Switch

The port for the indie platformer RPG Indivisible got released on the Nintendo eShop today, but launched not in exactly the way that most or even the developer expected. Lab Zero Games the studio behind Indivisible first found out their game had launched on the Switch from tweets from fans sharing the news.

HEY, THAT THING EVERYONE WANTED?@IndivisibleRPG is out RIGHT NOW digitally for Switch in North America!

Feel like you missed the announcement? You’re not alone, our team found out because people on Twitter sent us congratulations! I had no idea! But there it is! :^P
1/ pic.twitter.com/bByIeD0rhj

Mike Zaimont shared a few explanations for the launch, expressing that it was news to the developer and that the current version available on the eShop, is the old build for the game. The Switch version currently is missing a few features including the co-op multiplayer for battles and New Game+ Mode. According the Zaimont the port is suppose to gain a day one patch but for some reason hasn’t released yet and doesn’t reflect the “quality standards of Lab Zero”.

No release date announcement, no lead-up PR at all. 🦗
It’s missing current features like co-op.
The eShop art is the wrong image.

This launch does not represent the quality standards of Lab Zero. It just doesn’t. I’m sorry. It wasn’t us.

But the good news is it’s finally on the Switch and is 20% off, so you can grab the 2D platformer with action combat at a great price. Hopefully the day one patch releases soon as this will be awesome to play in co-op especially on the Switch with its joycons.

Indivisible releases last year in October, and follows the story of a fearless girl name Ajna. Follow her journey as she suddenly receives strange powers when her town is attacked. The game has a huge fantasy world to discover, with a cartoon 2D artstyle, and will meet plenty of “Incarnations”, people who can absorb and manifest alongside Anja.

Indivisble is now available on Nintendo Switch, Playstation 4, Xbox One and PC.