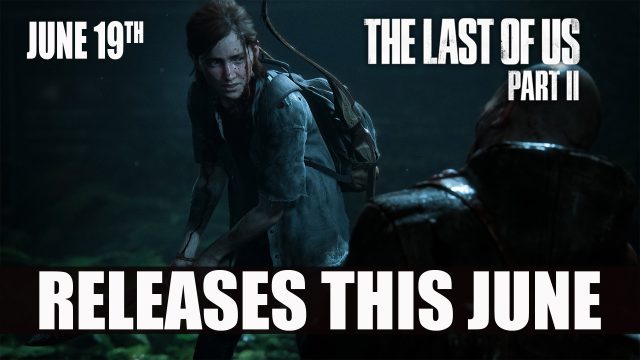 After being announced to be delayed earlier this month, The Last of Us Part II gets confirmed for a June release.

The Last of Us Part 2 Confirmed for June

Earlier this month The Last of Us Part II was announced by Sony and developer Naughty Dog that the game would be delayed. But today, a new release date has been unveiled for June 19th. This came in an announcement made on the Playstation Blog, officially confirming the new launch date for June 19th.

Originally the game was suppose to launch on May 29th but was delayed due to the current situation and stating “logistics is beyond our control”. This wasn’t the only announcement that was made by Sony today, the publisher also shared that Ghost of Tsushima would be releasing in July.

Updated release dates: The Last of Us Part II and Ghost of Tsushima come to PS4 this summer: https://t.co/RvMfBI8nxL pic.twitter.com/5AAPgO6tFw

In this sequel Ellie will once again return to the post-apocalyptic setting of the US, this time to avenge and kill the people who have wronged her. This game will focus more on stealth combat.

Recently there has also been a leak of the story for The Last of Us Part II which has made its way online. The developer has shared a message relating to the pre-released footage which was swiftly taken down by Sony, but has asked for those who may still have the video to not spoil it for others. he title also sets to bring stealth mechanics and some stunning post-apocalyptic scenery.

A message from the studio: pic.twitter.com/f0TzIZXUIB

With the release date not too far away, I’m sure we’ll be seeing some more trailers and details as we get closer to June. June has already got a few different online events which will be covering news and announcements, hopefully this will include some more details for the developer.

If you want to read more news find it here in Ghost Of Tsushima New Release Date Revealed and Magic: Legends Will Feature Player-Controlled Realms.