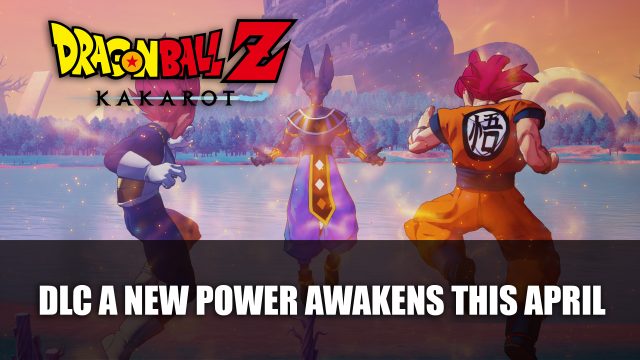 The first upcoming downloadable content for Action-RPG Dragon Ball Z: Kakarot is arriving on April 28th, called A New Power Awakens – Part 1. This DLC will be part of the game’s Season Pass. The Season Pass includes 2 original episodes and one new story.

The official description for the DLC can be found below:

As Beerus makes his appearance, Vegeta and Goku will fight alongside to defeat him in this boss battle episode. Set at Level 250, Beerus will be an opponent to be reckoned with, especially since players won’t be able to use the full range of their items to defeat him. “Beerus is so strong, my clear rate for this battle is 1 out of 10!” said Hara Ryousuke, producer of the game.

A Dragon Ball Z: Kakarot Music Compilation Pack will also be available on April 28, which adds 11 new tracks to the game.

The news also came with a few screenshots which were shared on the official Bandai Namco US Twitter account:

Dragon Ball Z: Kakarot DLC A New Power Awakens Part 1 releases on April 28th exclusively with the season pass which is available for $24.99 on PC, Playstation 4 and Xbox One.

For more news be sure to read next Final Fantasy 7 Remake Shipped Over 3.5 Million Copies Worldwide In 3 Days and Trials Of Mana Day One Update Detailed.