Square Enix announces the jaw dropping amount of copies shipped in just the first 3 days of the launch of Final Fantasy 7 Remake.

In just the first 3 days of the launch of the highly anticipated Final Fantasy 7 Remake, in both digital and physical copies it shipped 3.5 million. This news was shared via the English FF7 Remake Twitter account, which shared an image of the iconic buster sword wielded by main character Cloud.

We’re proud to announce we shipped and digitally sold over 3.5M copies of #FinalFantasy VII Remake in 3 days! 🥳

All of us would like to raise our Buster Swords to say THANK YOU to everyone who has supported us during launch, we hope you’re all enjoying the game! #FF7R pic.twitter.com/4m93Op7O9I

Sale figures were posted by Famitsu which shared FF7 Remake shipped 1 million copies during the April 10-April 12 in Japan alone.

Final Fantasy 7 Remake retells the story of the original but adds some further scenes, expanding on the original, and also gives combat a bit of a shake up, stepping away from the original turn-based combat system concentrating on action. The remake sets to offer both veterans and newer players an engaging experience, with three modes to choose from including Easy, Normal and Classic. If you’re curious of what we thought of the title be sure to check out next Final Fantasy 7 Remake Review: 30 Going On 13. 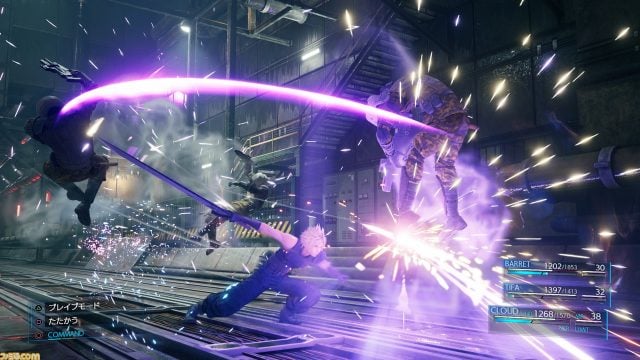