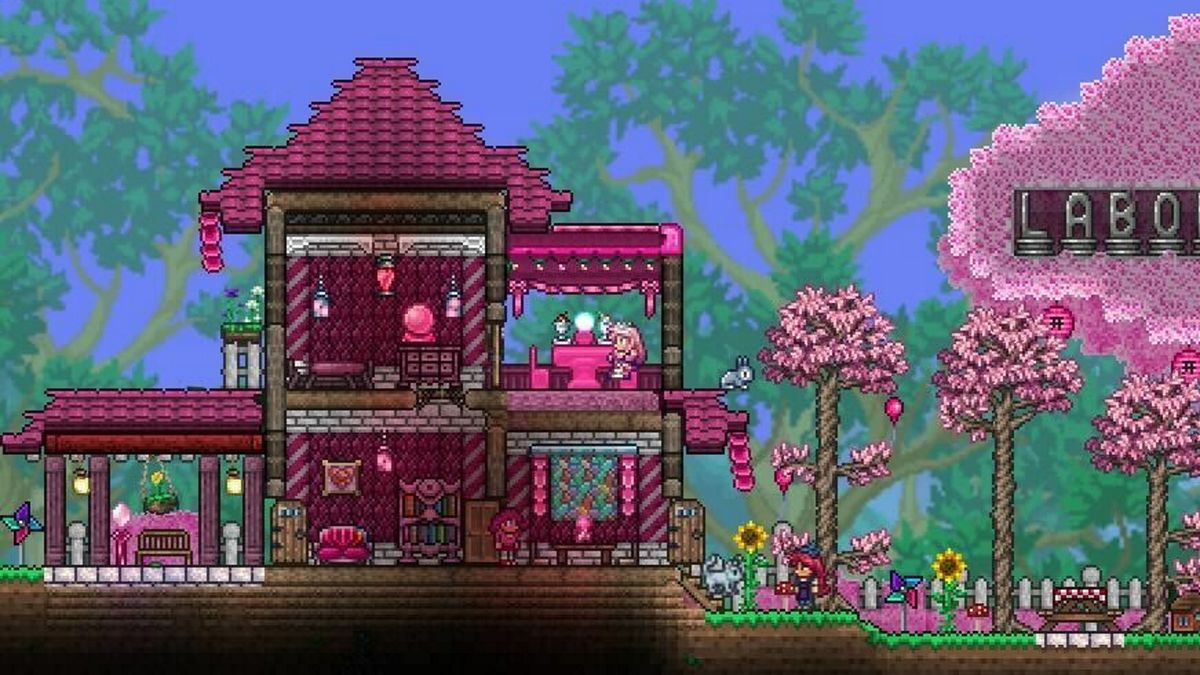 Terraria 2 was announced way back in 2013, although creator Andrew “Redigit” Spinks warned at the time that it was still “a ways out.” He really wasn’t kidding. A lot has happened since then—a spinoff game was announced, then cancelled, then maybe uncancelled, all while work on the original Terraria continued—but of Terraria 2, there has been no sign.

At some point in the recent past, however, Spinks updated the location in his Twitter bio to “Terraria 2 – A New Age.” The change was noticed by Terraria YouTuber Chippy, and then seemingly confirmed by Re-Logic vice president Whitney Spinks, who replied with an animated “spoilers” GIF.

But it couldn’t be that simple, could it? Of course not. In a later reply, Spinks added, “Red is a massive troll. I wouldn’t trust it. Or would I?”

Personally, I’ve never met either Andrew or Whitney, so I have no idea what the actual odds of trolling are in this particular case. But it turns out that Andrew Spinks isn’t actually teasing an imminent Terraria 2 announcement: In an email sent to PC Gamer, Re-Logic’s head of business strategy Ted “Loki” Murphy confirmed that the studio has been “actively experimenting, doing game jams, and growing our skillsets” as it prepares to begin work on its next game, but it hasn’t yet decided what that game will be.

“Part of that process is a lot of thinking and strategizing about what sort of game would make for the best second offering,” Murphy said. ” While certainly a sequel to Terraria would be one possible path we might take, we are actively considering others.  Given this state of things, we really are not ready to share the exact direction that we plan to take with our second game at this time.”

As for Andrew Spinks’ “Terraria 2” location change on Twitter, it is indeed as Whitney Spinks claimed: a troll. But a friendly one.

“Throughout the history of the company, we have enjoyed a strong tradition of fun banter and speculation with our fanbase,” Murphy explained. ” You will note that quite a few of our team members have changed their Twitter locations to different Terraria-themed ‘games’—though, of course, people found Andrew’s first.  This is all in good fun… and who knows what the future might hold?”

“This is an important time for the company, and we want to be sure that we are taking the time to expand what we can do and then decide how best to deploy those skills towards making another awesome game,” Murphy said. “I cannot yet say if that will be Terraria 2 nor can I say that it will not be. Time will tell the tale, to be sure—and once we are ready to say. ‘We have made a decision and here it is!’ we will do a big reveal.”

So, sorry folks, but there’s nothing new on the Terraria 2 front just yet. There is, however, a new update for the original game: Despite the apparent finality of Terraria’s actual final update in October 2020, a new one went live yesterday to celebrate winning the “Labor of Love” category in the 2021 Steam Awards, and it sounds like even more could be coming.