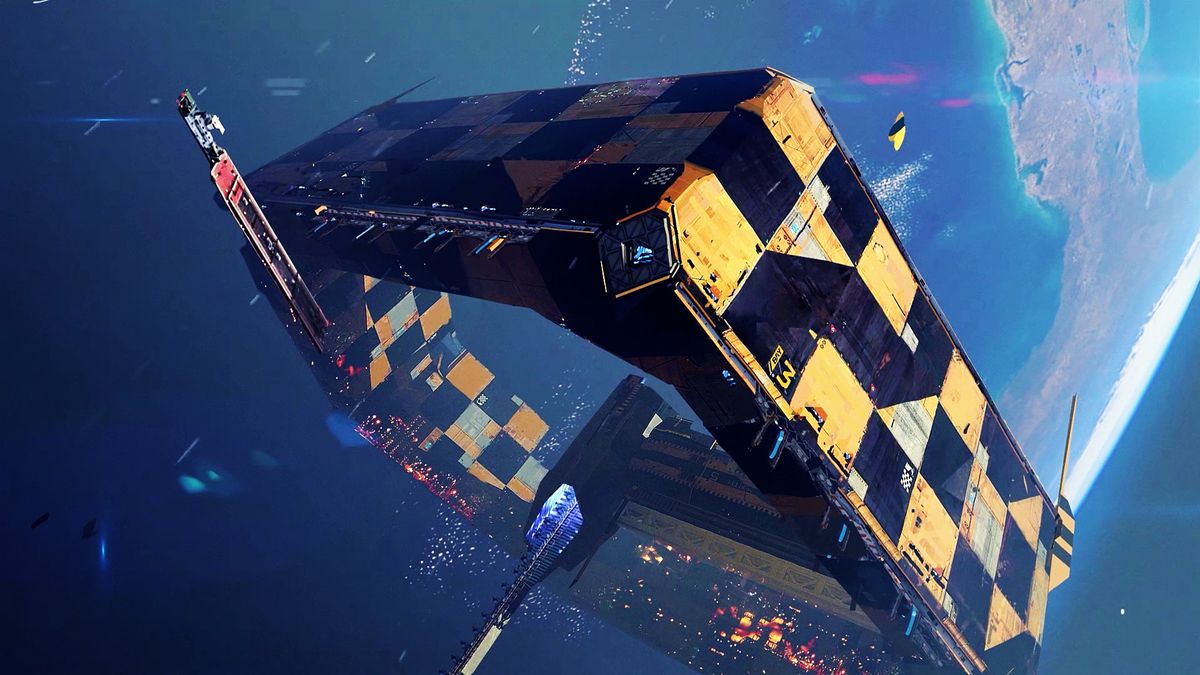 Hardspace: Shipbreaker, from Homeworld: Deserts of Kharak studio Blackbird Interactive, is a game about a having a job—specifically the job of a Cutter, living and working in space, breaking down massive derelict spaceships into scrap and spare parts. It sounds like a cool gig! In reality, though, it sucks.

For one thing, as Blackbird explains in the new behind-the-scenes video, it’s an incredibly dangerous job—apparently the pre-breakup decommissioning process is very light on the mandatory safety checks. You signed up anyway, though, because in the future, the Earth has been reduced to a squalid, backwater dump, and everyone who can has moved out to more welcoming climes like Mars or the moons of Jupiter (which should really tell you something about the state of Earth). You’d like to make the move yourself, but relocation isn’t cheap—thus, your new high-risk, high-reward lifestyle in space.

Naturally, corporations play a big role in this very dystopian-sounding setting, and your employment contract includes some pretty dodgy fine print. For one thing, you’re not just an employee, you’re a piece of property: The company literally owns your DNA. This means that when you die on the jobsite (and it seems very certain that you will) the HR department can immediately reconstitute you and put your ass back to work. That’s good news as far as keeping the worker’s comp claims to a minimum, but also pretty obviously horrific on a number of other levels.

Setting aside all of that, Hardspace: Shipbreaker look like it could be a lot of fun. The physics promise to be very impressive—chief creative officer Rory McGuire says in the video that “no one has [previously] created a massive starship and then allowed you to set off a reactor and then watch the chain reaction as fuel lines explode and the whole thing is dynamically exploding in front of you as it would in space, as it’s decompressing,” which sounds like quite the show—and what I think is even more interesting is that each ship will have its own unique story to discover.

“In most games you go out to the world and you experience the story of how the game takes place,” game director Trey Smith says. “In Hardspace: Shipbreaker, the story comes to you by way of these ships. In each one of these ships we have PDAs and we have audio logs that you can kind of discover, and they’re almost like messages in a bottle from crewmembers and from some of the stories of where this ship has been, who made it, what did it do while it was out there. And slowly but surely the more ships that you break down and the more stories that you collect and you listen to, you start piecing together all of the puzzle pieces that make up the Hardspace universe.”

Chris got some hands-on time with the game in February and even though his demo was brief, it left him “hungry for more.” Hardspace: Shipbreaker is set to launch on Steam Early Access on June 16, and you can find out more at hardspace-shipbreaker.com.