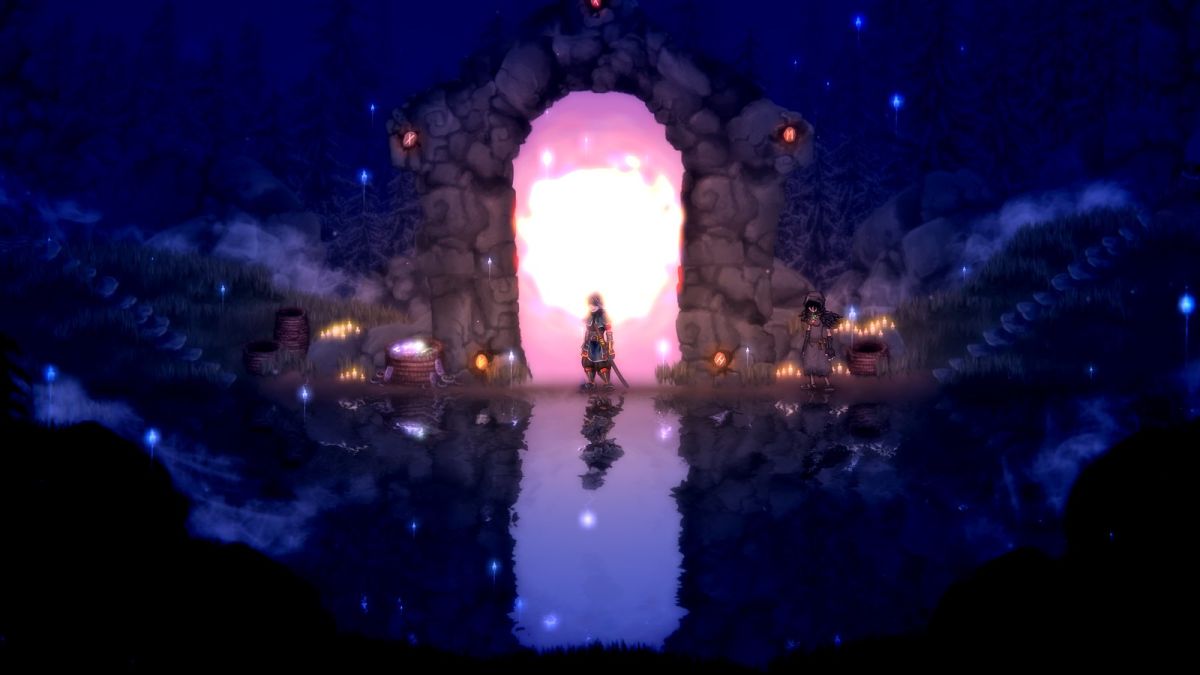 Salt and Sacrifice, the sequel to Ska Studios’ gloomy Souls-inspired Metroidvania Salt and Sanctuary, will release on May 10. That’s according to a new trailer released today, which not only confirms a vastly more varied color palette than its predecessor, but also explains how PvP multiplayer will work.

The trailer is supplemented by a write up on the PlayStation blog, where Devoured Studios’ James Silva (Devoured is a subsidiary of Ska) promises that PvP will be entirely optional. If you do want to get involved, there are a bunch of new moves to execute, such as “unique sprint attacks,” a grappling hook, and “dozens” of Runic Arts, which are basically special abilities. Examples of these Runic Arts include lightning shockwaves, or spectral blades, or else a variety of unnamed elemental buffs.

There are also PvP-centric sects to join, ranging the straightforward Blighttakers (kill every player on sight) through to the more complex Blueheart Runners (they can populate another player’s world with “horrible monsters”). Given the range of sects, special abilities, and the already-confirmed eight starter classes, it sounds like Salt and Sacrifice will have a pretty substantial online component.

Salt and Sanctuary is among the best Soulslike games on PC, and this follow-up looks set to retain most of what made it great—only with more stuff (and colors, phew). For a deeper look at the game in action, without commentary, check out this 10 minute gameplay vid from last year.