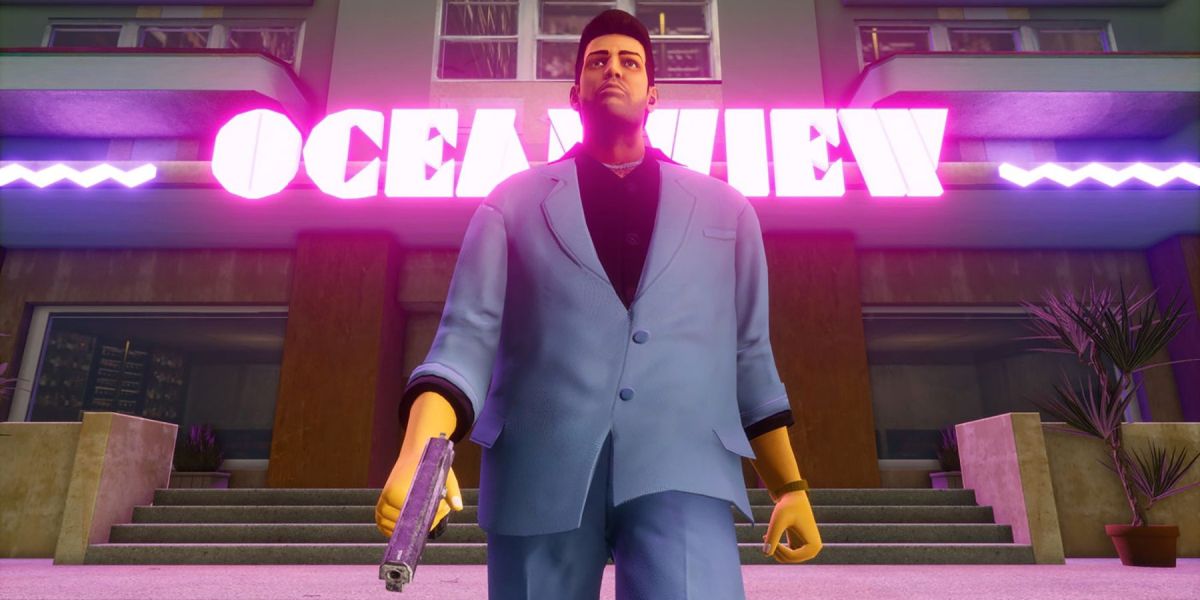 Grand Theft Auto: The Trilogy – Definitive Edition, a remastering of GTA3, Vice City, and San Andreas, was a mess at launch: “Rife with enough bugs and glitches to make Cyberpunk 2077 flinch,” we said shortly after it arrived in November 2021. But, also like Cyberpunk 2077, which was a massive success despite being in a sorry state at launch, the dire condition of the GTA Trilogy didn’t seem to hurt sales very much: In its most recent quarterly financial report, Take-Two cited it as one of the major contributors to revenues that exceeded the company’s expectations.

“Rockstar Games celebrated the 20th anniversary of the launch of Grand Theft Auto 3 with the release of Grand Theft Auto: The Trilogy – The Definitive Edition for current and prior-gen consoles and PC via the Rockstar Games Launcher, with the title significantly exceeding our commercial expectations,” Take-Two chairman and CEO Strauss Zelnick said during the publisher’s quarterly financial call.

Later in the call, Zelnick addressed concerns that the GTA Trilogy QA failure could surface again in future releases, specifically the enhanced editions of GTA 5 coming to PlayStation 5 and Xbox Series X in March, and the new Grand Theft Auto game that was finally confirmed last week.

“We are totally focused on quality here, and we always want to deliver the best possible experience,” he said. “Very occasionally we fall short, and I think the trilogy was an example of that. The title was launched with some issues, we’ve addressed many of them, there are more fixes to come. Going forward, we remain highly focused on quality, and we are exceedingly confident in all of our upcoming releases.”

Zelnick also said that despite the disastrous launch, Take-Two will not change its approach to development, which includes outsourcing work on some ports and remasters—the GTA Trilogy, for instance, was developed by Grove Street Games, which has previously worked primarily on mobile ports. “We’ve had precious few quality lapses at this company, so anytime that we’ve fallen short from a quality point of view, it has been an isolated case, and we aim to keep it that way,” Zelnick said. “However, we’re not changing our business model.”

Grand Theft Auto: The Trilogy – Definitive Edition is expected to launch for mobile devices in the first half of 2022.