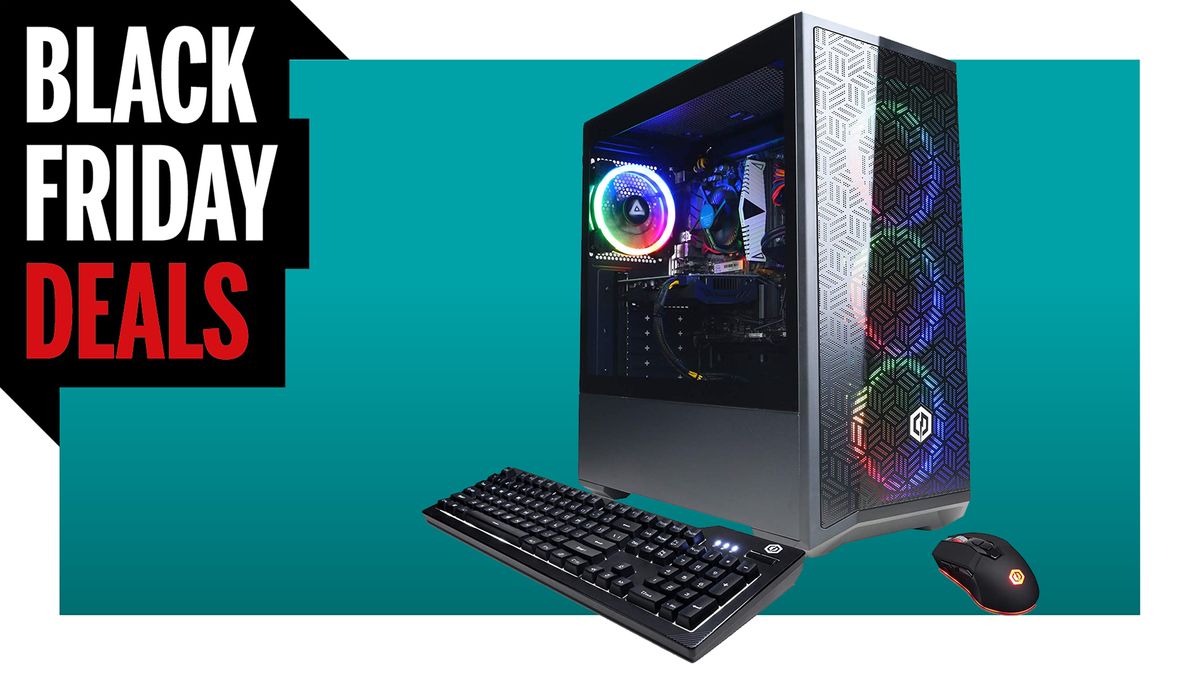 Black Friday can’t all be about clambering for the biggest and best tech. Sometimes we have to find compromises, and this CyberPower Gamer Xtreme gaming PC deal gives me hope that Black Friday hasn’t fully trampled over one of the greatest of all virtues: moderation. Among the rest of the Black Friday gaming PC deals, this one ain’t half bad.

Right now, thanks to all the 30-series cards having blown away with the winter chill, you can get this starter gaming PC for just $876 at Amazon, down from $1,029.99.

A while back, the prospect of an RTX 2060-powered gaming PC for under $1,000 would have been a truly tantalizing prospect. And, although today it may feel a little outdated as a last-gen Nvidia GPU, it can still hold it’s own in a few distinct use-cases.

Before you go thinking this will take on the vast and immensely GPU intensive world of Cyberpunk 2077 at highest graphics settings, think again. It may be an RTX card, meaning it can pump up the shiny factor in games with ray-tracing, but it’s still at the lower end of Nvidia’s 20-series. That means you’ll want to dial back the settings if you plan on breaking that 60fps bar. Still, this is a card that will benefit from Nvidia’s smashing DLSS algorithm, which can do wonders for performance with ray tracing on, so not all hope is lost.

To combat this caveat, we recommend pairing it with a 1080p monitor, because it may have trouble with a lot of games today at higher resolutions. Have a check down our list of Black Friday gaming monitor deals, under the section marked 1080p for the ones we think are worth the money.

Either way, it’s a pretty decent machine, especially as CyberPower has topped it off with a nice 11th Gen Intel CPU, so productivity won’t be an issue here. That being said, there’s only 8GB of RAM, so you might want to check out the best RAM for gaming to get an idea for a later upgrade.

Not only do you get a nice little gaming machine, you get an ok amount of storage space for a few of your favourite games. It’ll fill up fast but at least its an NVMe SSD, meaning your boot and load times should be pretty great.

Oh and this is a bundle deal that comes with a mouse and keyboard as well, and although they’re not on the best gaming mouse or best gaming keyboard list, they should tide you over if you just want something quick and simple for a Christmas gift. You can think about swapping out for a mouse with 8K polling, and a mechanical keyboard later, perhaps.

Alternatively, if this PC doesn’t quite cut it, you might want to take a look at our selection of the best cheap Black Friday gaming PC deals.