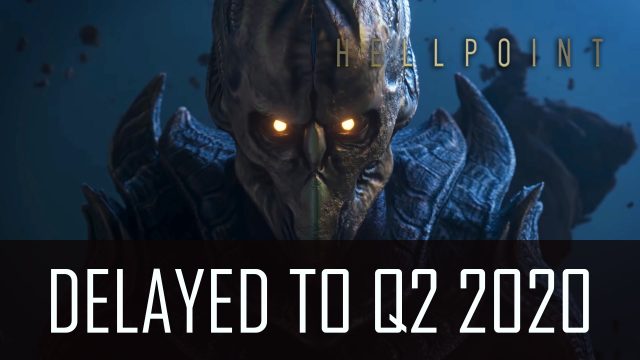 Dark sci-fi Action-RPG Hellpoint by developer Cradle Games has been delayed to Q2 2020.

Originally set to launch on April 16th, the Action-RPG inspired by Dark Souls and Dead Space has been delayed. The developer Cradle Games and Publisher tinyBuild have announced it will now release in Q2 2020 for Playstation 4, Xbox One, Switch and PC.

The delay follows a number of announcements for games at the moment due to the pandemic, which has caused a challenges for a number of developers to stay on track for launches. Cradle Games creative director Matt Boudreau shared in a press release:

In light of the unprecedented events facing the world, we have been forced to postpone the launch of the game. We plan to use the additional development time not just for polishing, but also to address the feedback we’ve gathered and make Hellpoint an even better gaming experience for everybody! The feedback of the community had such enthusiasm and energy.

The title is a blend of challenging souls-like combat and sci-fi. Set aboard the futuristic ship called the Irid Nova. Players will meet monstrous beings, explore different areas and face a number of gruesome deaths if they fail against the hellish enemies and bosses.

If you’re eager to get your hands on some Hellpoint related action, be sure to check out the free chapter sequel called Hellpoint: The Thespian Feast. Don’t worry about spoilers as it is more of a side story, adding further lore.

Hellpoint will now release in Q2 2020 for Playstation 4, Xbox One, Nintendo Switch and PC.