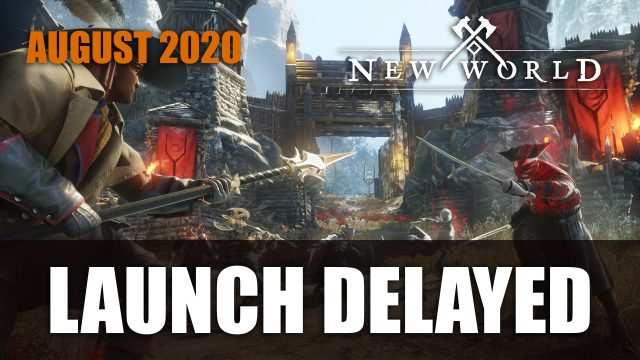 Originally set to launch this May, Amazon Games Studios has announced their upcoming MMORPG New World has been delayed to August instead due to the Covid-19 pandemic which has caused challenges for the studio.

Game director behind New World, Scot Lane has now shared a new release date which will be August 25th, along with the closed-beta being pushed to July. The alpha will remain live, which has been providing valuable feedback through player experience.

New World is an Action-RPG all about the Age of Exploration, adding survival elements as players attempt to colonise Aeternum, a mysterious island. This MMO will have massive battles where up to 100 players can join, taking combat to the field. Join companies, build strongholds or go it alone in solo.

This isn’t the first title to be affected by the pandemic, quite an array of games have had their launch dates pushed including The Last Us Part II and even most recently the next expansion for the Elder Scrolls Online: Greymoor.

You check out the announcement of the delay here:

New World is now expected to release on PC on August 25th. No announcements have been so far for console versions. If you’re eager to find out more about the title be sure to read/watch Everything About New World, Amazon’s Atypical MMORPG.

For a roundup of recent RPG news be sure to read next Top RPG News Of The Week: April 12th (PS5, ESO Greymoor, Godfall And More!). You can also check out some gameplay for Archeage Unchained.