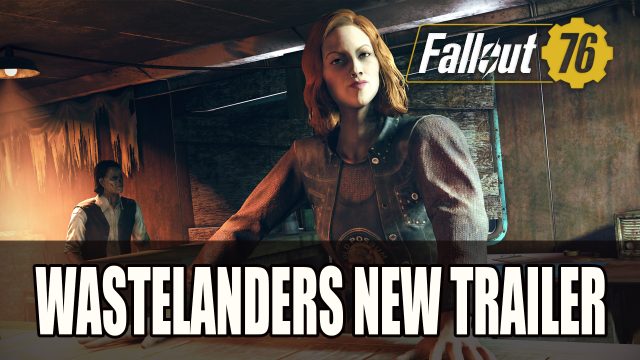 The latest trailer shows a peek at the new NPCs that will join Fallout 76 with the latest update Wastelanders. The update brings new interactions to be had, storyline and dialogue trees with the human NPCs. It also shows the two factions that are joining the Appalachia.

A “treasure” is hidden somewhere in the Appalachia, attracting attention from settle and raiders alike to the region. The Vault’s Overseer is now concerned with them returning to the lands. It’s up to players to solve a number of tasks, with both factions offering quests and rewards.

When Fallout 76 originally released, most of the story came from finding Holotapes that provided some background of events past or players had to rely on constructing their own roleplaying in the wasteland.

Fallout 76 Wastelanders will launch on April 14th on Playstation 4, Xbox One and PC.

For more news be sure to read next Square Enix Announces Pandemic To “Significantly Impact” Final Fantasy 14’S Development and New World Delayed To August 2020.