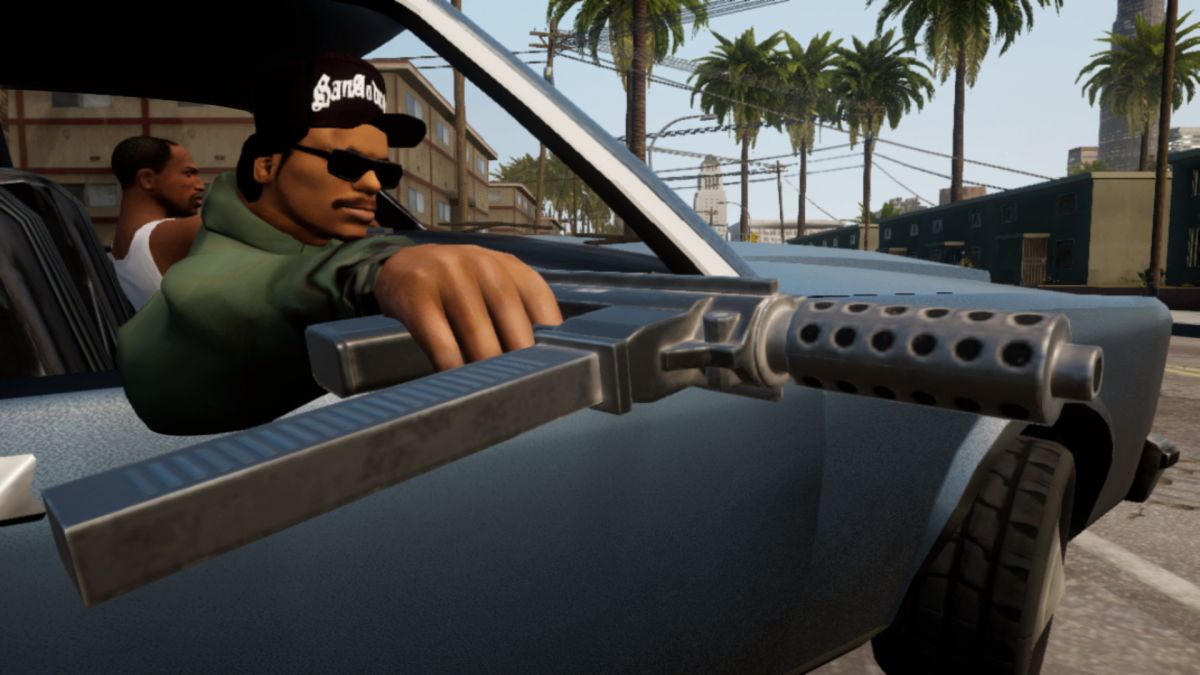 A question that’s been on our minds since the announcement of Grand Theft Auto: The Trilogy – Definitive Edition is whether the radio stations will have all the same songs as the original versions did. Grand Theft Auto 4 already lost some of its songs due to music licences expiring, so how will the older games fare?

Rockstar has confirmed the GTA Trilogy will have the same radio stations as the “most recent release” of the games. “With more than 200 songs across 29 pioneering radio stations the series has become known for, Grand Theft Auto: The Trilogy – The Definitive Edition’s iconic listings match the most recent release of the original versions (from 2014) – with no new changes,” Rockstar said.

What that actually means is songs that were already absent from the mobile ports remain absent in the Definitive Edition. Based on the list Rockstar has provided, while all of GTA 3’s original music is preserved, over 40 songs from the original versions of Vice City and San Andreas are missing. No cruising around Vice City listening to Gary Numan’s Cars, or hearing Rage Against the Machine’s Killing in the Name blare out of your speakers in San Andreas.

Oddly, Fist Fury, a song recorded for the Vice City soundtrack and attributed to the fictional band Love Fist, has been removed. Gone from San Andreas is George Clinton’s Loopzilla, which once played on Bounce FM, though you’ll still be able to hear Clinton DJing that station as “the Funktipus”. Rock Me Again and Again by Lyn Collins will no longer be heard on San Andreas’s rare grooves station Master Sounds 98.3, though Think (About It) by Lyn Collins does remain on the list.

On the upside, Critical Beatdown by Ultramagnetic MCs, which was missing from Playback FM on the Xbox 360 version of San Andreas, is back on the track listing Rockstar has provided.

Here’s a full list of songs that are missing from the tracklisting for GTA Trilogy – Definitive Edition that Rockstar provided.

Those songs that remain can be heard at higher fidelity, Rockstar notes: “In addition to higher quality audio at 16bit 44hrz for all the source music from the stations as well as original ambient effects, players will also be able to experience the game in 5.1 Surround Sound.”

Grand Theft Auto’s radio stations seem like essential parts of the series, but they almost didn’t make it into the first game, with the sound department having to fight for their inclusion.