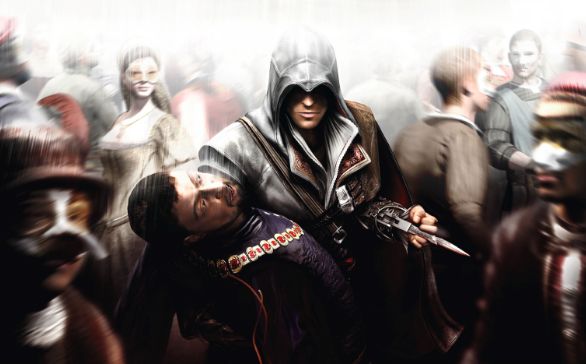 If nothing else, it’s a good time for free games, with plenty of stuff being given away to help people pass the time. Wizards of the Coast are giving away a bunch of D&D material (including Adventure with Muk, an introduction for kids that contains a great character sheet I used in my own last game, and the sandbox campaign Lost Mine of Phandelver), and you can grab both Sherlock Holmes: Crime & Punishment and Close to the Sun from the Epic Store right now.

As spotted by Daniel Ahmad on Twitter, Ubisoft seem like they’re about to get in on the generosity again (having recently given away Child of Light and Rayman Legends) with Assassin’s Creed 2 appearing as an upcoming free offer on German site mydealz.de.

Looks like the game that brought us Ezio Auditore da Firenze, and includes a character named Mario introducing himself by saying “It’s-a me, Mario,” will be free to keep on Uplay from Tuesday, April 14. Its follow-ups Assassin’s Creed: Brotherhood and Revelations will be available for a discounted price too.

While you’re in the market for freebies, the Sokpop Collective are giving away their tiny train sim Soko Loco.