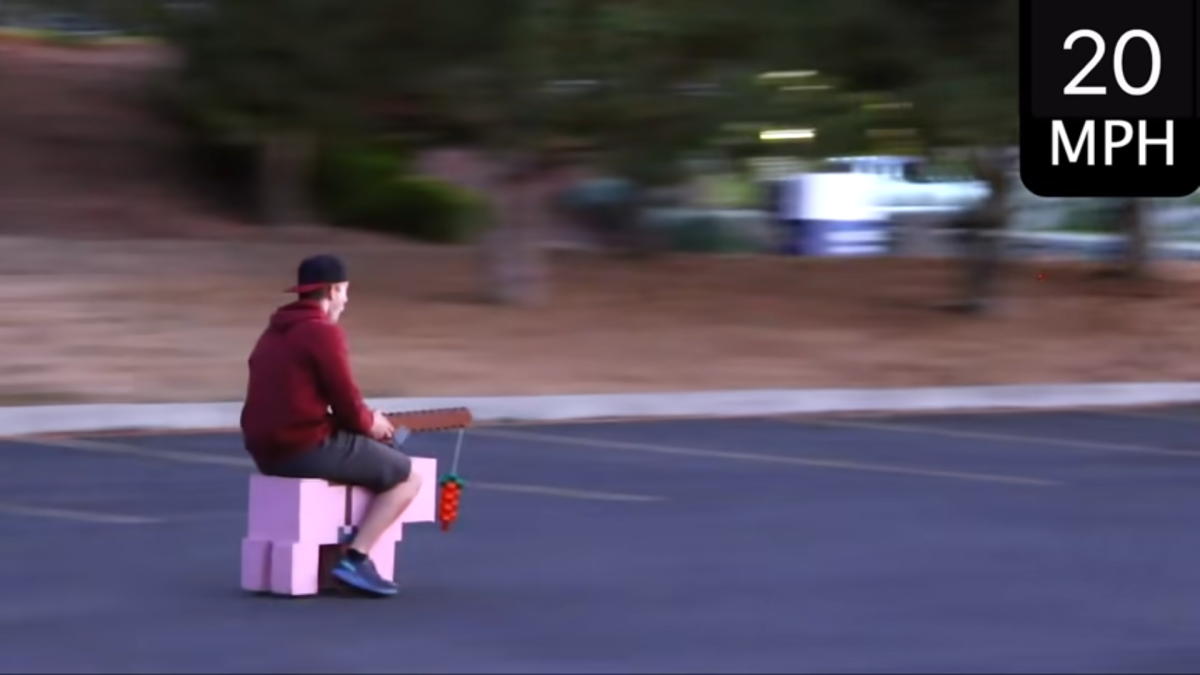 Electo is a YouTuber and a young man of many talents. Usually, these people drive me crazy but I quite like him: he’s got a sense of humour, a lovely assistant called Joe, and happens to be a pretty great technical engineer too. That engineering know-how has now been put to use to produce… a rideable Minecraft pig.

Lord above knows why he decided on this project (though it’s of-a-piece with some of his previous work, like building a working Among Us imposter), but he goes for it with some gusto and breaks down what looks like a lengthy building process (with a few false starts) into a few minutes. And nicknames the build Hamborghini.

The most impressive part of the pig, for me, is that Electo sticks an IR sensor in the head which can then detect the 3D-printed ‘carrot’ in front of it: thus, piggy chases dinner. Then, of course, it’s time to see if this pig can fly.

The pig is tested at various power levels, with even 60% producing a fairly impressive top speed of 16mph. When Electo cranks this baby all the way to 100% it hits 20mph easily and, dare I say, could probably even go faster.

Naturally, Electo puts his pig to good use by trying to order a McDonald’s drive-thru while mounted (denied) and racing our good friend Joe across several heats. I’m gonna give it to the pig here although, sadly, there’s a somewhat abrupt end to our porcine speedster’s adventures.

It’s always awesome to see elements of games bleeding into the real world, even if few fan projects go quite as far as this. Which, let’s face it, would be an instant best-seller if Mojang officially licensed it, as well as filling our streets full of whooping children riding blocky pigs. On second thoughts…