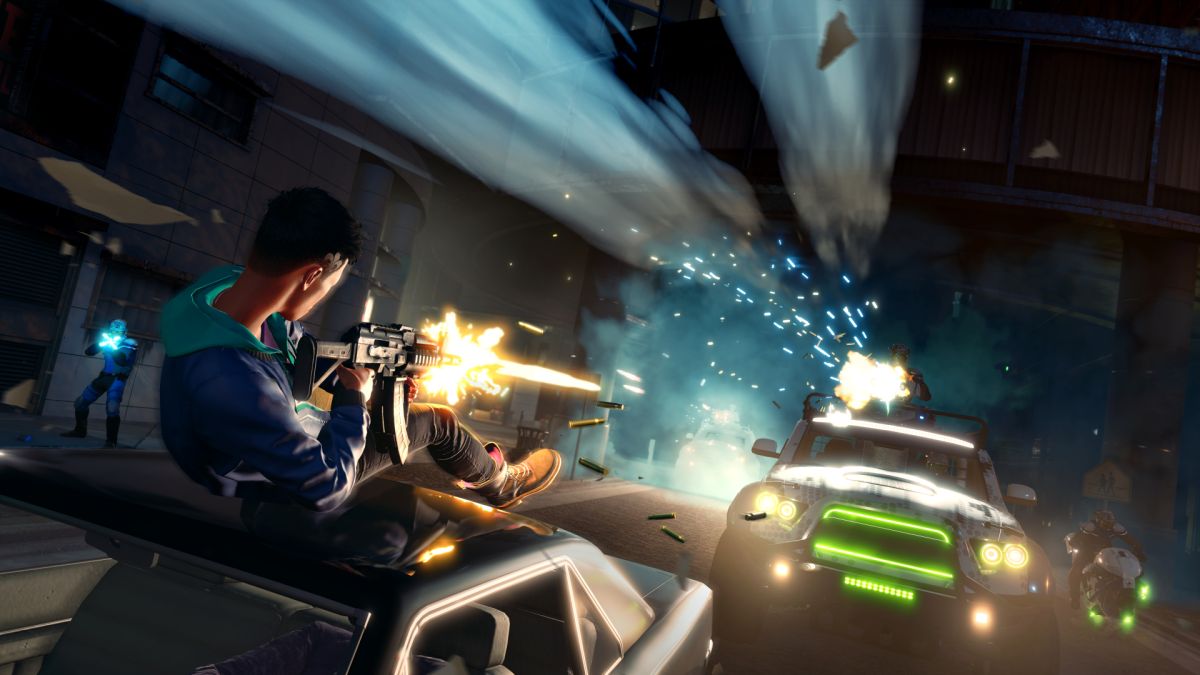 An NPC gets run down within the first ten seconds of this new Saints Row video, even though it’s ostensibly a calm showcase of the reboot’s open world expanse. Business as usual then, but Santo Ileso sure does look pretty, in a gritty bullets-for-breakfast kind of way.

The video above comes courtesy of Game Informer and spends most of its time dwelling on the different kinds of locale you’ll find in the next Saints Row. The sandy outback looks great for some high speed chaos, but some of the urban areas look more exciting: check out the neon-lit suburbia at the 0:39 mark. Santo Ileso is apparently inspired by the American Southwest, and you can definitely see that in the footage (I’m also getting Los Santos vibes, perhaps inevitably).

Scheduled for release on February 25, Saints Row will reportedly be less edgy compared to its predecessors, wrote Morgan after sampling the game. If triple jumps and launchpads strewn throughout a sci-fi cityscape is edgy, then I’ll just have blades, thanks.