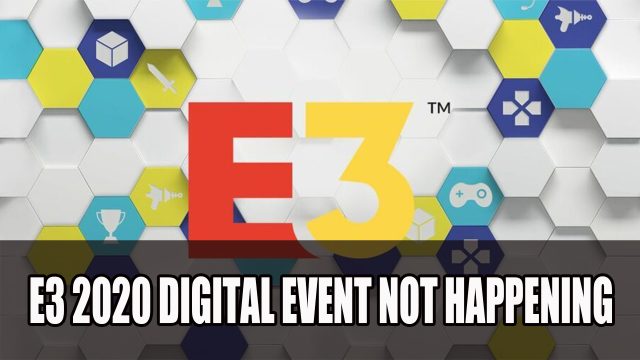 The organisers behind E3 2020 ESA have now confirmed that E3 will not be happening this year as a digital showcase.

The Entertainment Software Association (ESA) have now confirmed that E3 2020 will not be an online event, they were exploring the idea when they announced the offline event was cancelled. Now the plan is to have a dedicated website to feature all publishers and developers as well as promoting these announcements. In an official statement sent to PC Gamer, ESA shared:

Given the disruption brought on by the COVID-19 pandemic, we will not be presenting an online E3 2020 event in June. Instead, we will be working with exhibitors to promote and showcase individual company announcements, including on www.E3expo.com, in the coming months. We look forward to bringing our industry and community together in 2021 to present a reimagined E3 that will highlight new offerings and thrill our audiences.

This is separate from digital showings that separate publishers planned to feature in coming months, including Microsoft, Devolver Digital and Ubisoft. So far no specific dates have been stated. However, another online event has now popped up by IGN, who are planning to hold their own “Summer of Gaming” in early June, which will include partners Bandai Namco, Amazon, Devolver Digital, THQ Nordic and more. This event will feature livestreams and on-demand segments.

E3 will be back in the future, with plans already announced for E3 2021 which will take place from June 15th to 17th.

For more news be sure to read next PS5 Controller Revealed Called DualSense and E3 Sets Its Sights For 2021, IGN “Summer Of Gaming” In June 2020.