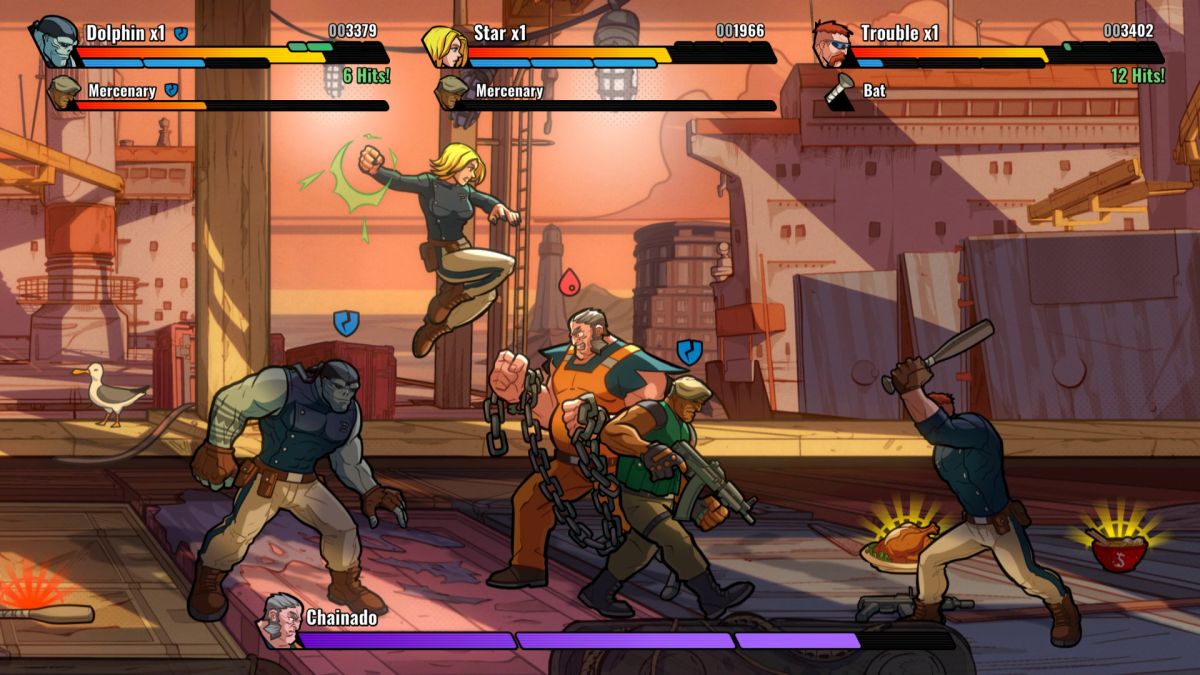 On an average day, about a dozen new games are released on Steam. And while we think that’s a good thing, it can be understandably hard to keep up with. Potentially exciting gems are sure to be lost in the deluge of new things to play unless you sort through every single game that is released on Steam. So that’s exactly what we’ve done. If nothing catches your fancy this week, we’ve gathered the best PC games you can play right now and a running list of the 2021 games that are launching this year.

Sometimes you just want to bash up a bunch of muscly thugs on a 2D plane. Mayhem Brawler is the latest indie to accommodate this desire and it definitely captures the arcade beat ’em up spirit, with its bright comic book stylings and distinct 1990s action mood. The game supports local three player coop and, interestingly, there are “three unique endings” which implies there’s some kind of narrative here, but you’ll probably spend most of the time decimating the 30 enemy types along your way to 12 boss encounters.

This Early Access sim has a fascinating premise: You control an alien family as it navigates a massive galaxy in search of a safe planet to call home. Given the size of the galaxy you’ll need to land on planets you’d probably otherwise avoid in order to secure fuel and resources—expect resistance, too. Studio Chaystar describes Lilith Odyssey as having “casual flight sim mechanics” so don’t expect a huge learning curve there, as the game seems more about exploration and survival. The Early Access period is expected to last for around a year as the studio improves and grows the game.

If the Moto GP games aren’t serious enough motorbike sims for you, RIMS Racing is another ambitious stab at bringing lifelike two wheel racing to PC. I can’t vouch for its racing compared to Milestone’s series, but RIMS does add a whole new aspect to the sim, namely a granular engineering component that lets you get your hands super greasy with performance optimization. There’s also the stuff you’d expect: a career mode, and a nice mix of familiar circuits (SIlverstone, Nürburgring) as well as road routes in locations like Australia and Spain.

Here’s a collection of cheerful competitive sport games by the creator of Hacknet. It definitely strikes a different pose to Hacknet’s austere terminal-based gameplay: both online and locally you’ll compete in sports like wrestling, fencing and ‘smashball’ (surely a future Olympic sport). Up to eight players can get involved, and the rollback netcode should ensure extremely smooth online competition. If you’re a fan of stuff like Sportsfriends this looks pretty essential.

Six years after the last Conquest of Elysium comes this new instalment in the turn-based strategy roguelike. These games have a dedicated following, but to the uninitiated (myself) it can be hard to see what distinguishes the instalments. The overall gist here seems “more and better” which can only be good news for a game that folds so many different playstyles into one, thanks to each playable race demanding its own approach. If you’re after a substantial anecdote generator with virtually limitless replayability, you’d we well advised to check this out.

These games were released between August 16 and 23 2021. Some online stores give us a small cut if you buy something through one of our links. Read our affiliate policy for more info. ‌