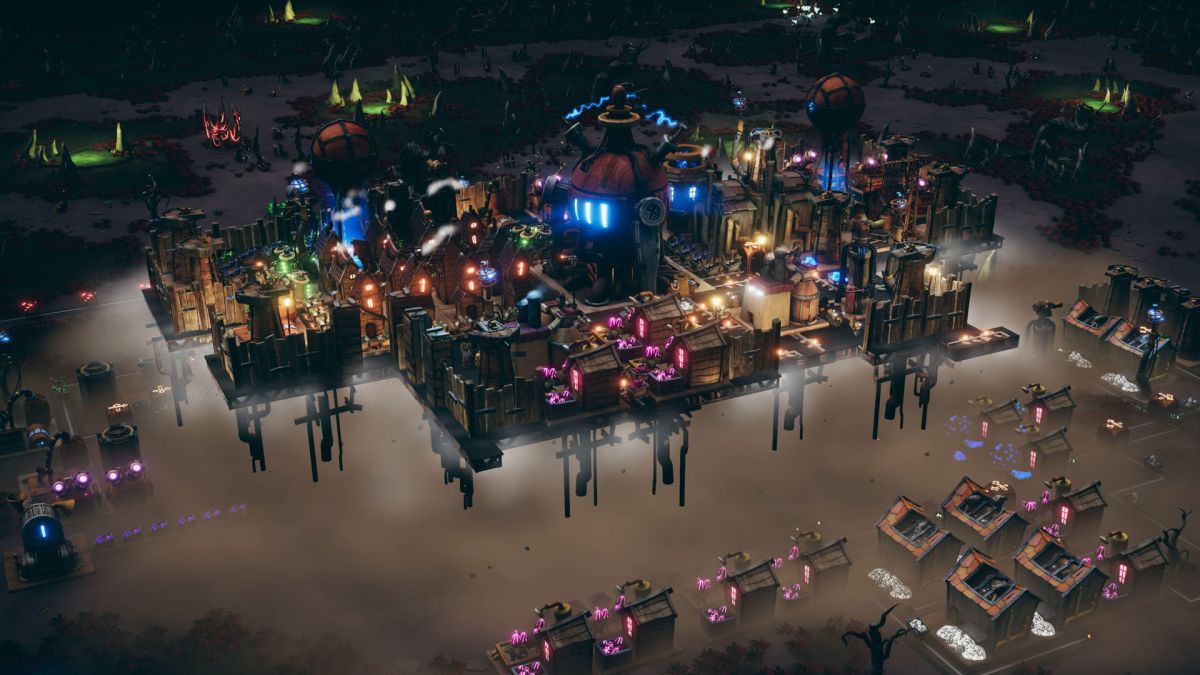 On an average day, about a dozen new games are released on Steam. And while we think that’s a good thing, it can be understandably hard to keep up with. Potentially exciting gems are sure to be lost in the deluge of new things to play unless you sort through every single game that is released on Steam. So that’s exactly what we’ve done. If nothing catches your fancy this week, we’ve gathered the best PC games you can play right now and a running list of the 2021 games that are launching this year.

City builders with a twist are very popular right now, and Dream Engines: Nomad Cities is another entry in the burgeoning genre. Launched into Early Access last week, this one has you building and looking after floating cities, and to ramp up the stress even more, these cities float through a “nightmare-infested, post-apocalyptic world,” so expect disasters more surreal than your usual wild fires, hurricanes and alien invasions. In addition to the usual city building beats you’ll be constructing automated production lines, defending your city against ghostly raids, and exploring procedurally generated worlds for resources. The game is expected to stay in EA for two years at the most, but the game is very substantial right now, so say the devs.

World For Two has you navigating a bleakly broken world as an android, seeking out and harvesting resources that can hopefully be used to resuscitate life. This android is controlled remotely by The Professor, who has somehow survived extinction—unlike the rest of humanity, let alone animal life. Exploring the exquisitely detailed pixel art world looks like the real attraction here, but it’s all tied together by an interesting creation mechanic: with the resources you find you can create up to 60 different creatures, all the better to bring some life and cheer to the end of the world.

Creepy Tales 2 is a scary point and click adventure, with a premise much darker than its cartoon art style would have you believe. Protagonist Lars is roaming the lands in search of his sister, who has been “spirited away by an evil power.” Along with some “new magical friends” Lars will explore a world packed with puzzles and weird encounters heavily inspired by the Grimm Brothers fairy tales. Like those tales, Creepy Tales 2 looks like it’s for kids, but there’s a lot more going on.

Wow, yet another ‘city builder with a twist’. This time you play as a local deity responsible for the prosperity and safekeeping of your land. This involves town building, but you’ll also need to encourage your civilians to gather important resources and produce important supplies. And what good deity ignores its subjects well-being? You’ll be showing them a good time too, but you’re going to want to make sure they’re gainfully employed. There’s a lot more going on including magic and making contact with other gods. The game is in Early Access and will stay there for six months, with more buildings, game modes and polish in the offing.

Here’s a first-person exploration game about exploring the surreal recollections of an elderly woman’s life. Set on a strange island where seemingly anything can occur —like, for instance, floating buses—you’ll need to track down and solve puzzles which, once unpacked, will bring some clarity to the protagonist’s buried memories. “As Anna, face all fears head-on, or walk away from them until you’re ready,” so reads the Steam description. If you’re after a meditative, atmospheric slow burn, this looks interesting.

These games were released between July 12 and 19 2021. Some online stores give us a small cut if you buy something through one of our links. Read our affiliate policy for more info. ‌