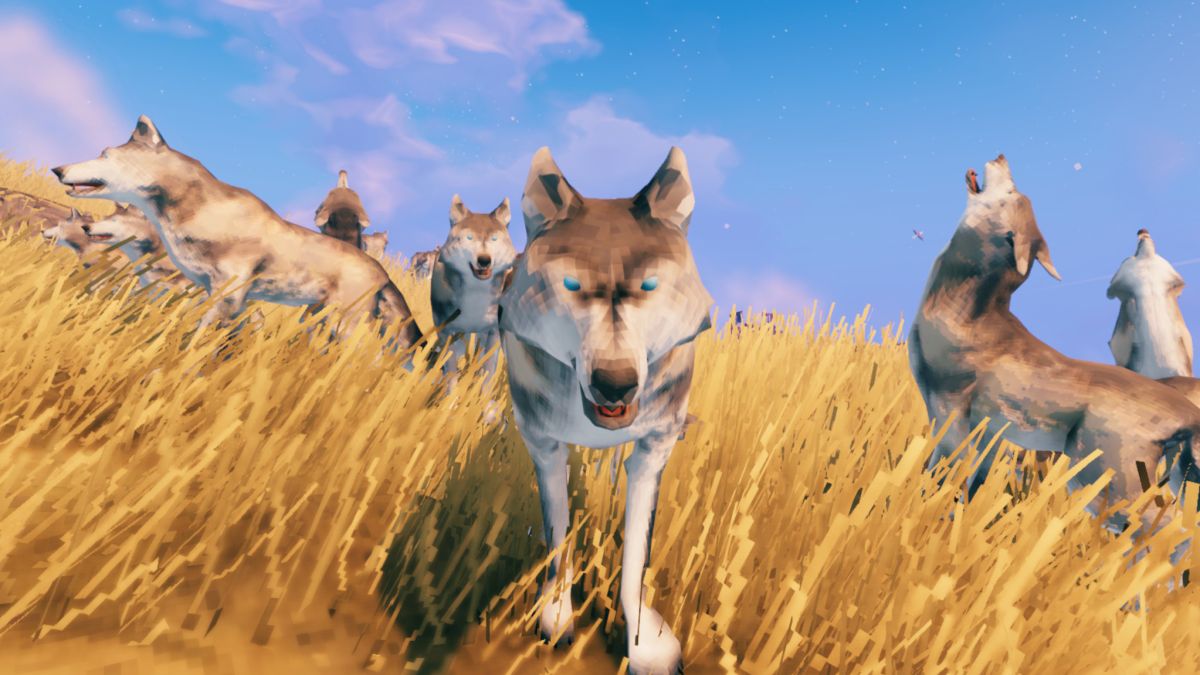 Valheim released into Early Access back in February, and it already has mods at a terrifying scale. One such mod is VHVR on Nexus Mods. The unofficial VR mod recently updated to let you play the survival game with motion controls, so now Valheim players can punch a wolf with their actual bodies, if that’s what their heart desires.

For players less interested in punching, the updated control set also includes motion-accurate archery, and, quote, “Fishing :)” With multiplayer support, I quite like the idea of kicking back and just catching some fish with some pals, honestly. “Motion tracking is translated to via multiplayer, so you can wave hello to your friends (or any other lewd hand gesture you prefer).” Gestures, I imagine, like ‘come here, so I may slap you with a fish and challenge you to a chess duel.’ It all sounds good to me.

There are still currently limitations to its multiplayer implementation. For players without the VR mod on a multiplayer server, players using the mod will visibly have out of sync animations, such as having no upper-body animation. To avoid visual weirdness it’s recommended that VR players only play with other VR players, who won’t see these effects.

Like many survival games, Valheim has a very enthusiastic modding scene. Christopher previously rounded up some of his favourite Valheim mods, from utilitarian things like expanded inventory to the magic, stamina-increasing bong. Maybe this one will make a future list.

The next major update planned for official Valheim is the Hearth and Home update, which was recently delayed in order to make the game as stable as possible. The update is expected some time in the third quarter of 2021, but until then, there will always be modders.

You can download the VHVR mod at Nexus Mods, if you have a SteamVR compatible headset.