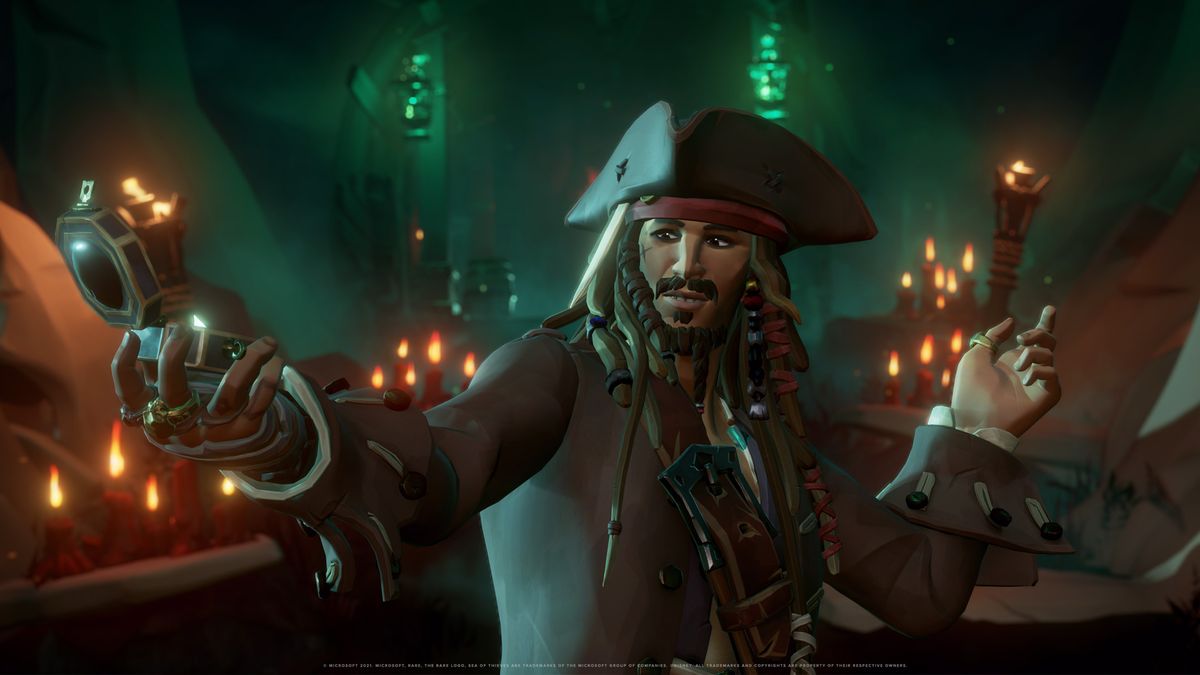 Rare announced during the Xbox E3 showcase earlier this week that Captain Jack Sparrow, the worst pirate you’ve ever heard of, will be coming to Sea of Thieves in its next big update. Today we got our first look at some actual gameplay in a new video teasing the upcoming Sea of Thieves: A Pirate’s Life story campaign.

The new adventure, playable solo or in a crew, begins with busting Captain Jack out of prison, which seems like a pretty natural place to start. From there, you’ll get an eyeful of the world’s greatest Pirate Treasure, which Jack has stolen, after which you’ll join him on a brand-new quest to protect the good people of the Sea of Thieves from encroaching dark forces, led by none other than Davy Jones himself.

Davy appears to be the big problem in A Pirate’s Life, but other new enemies, including Sirens, Phantoms, and Ocean Crawlers will also have to be dealt with, and it appears that you might be getting some face-time with a (the?) Kraken, too. The full adventure will unfold across five new Tall Tales, and will be free to all players. Naturally, new cosmetics, including a new ship set and some Captain Jack-style couture, will also be added in the update.

A closer look Sea of Thieves: A Pirate’s Life will take place at 11 am PT/2 pm ET on June 20, on Twitch and YouTube. Executive producer Joe Neate said the Sunday showcase will be “a real deep dive into all the details behind this collaboration with Disney,” including a look at how Rare recreated Jack Sparrow and other Pirates of the Caribbean characters, and gameplay from the new Pirate’s Life Tall Tales.