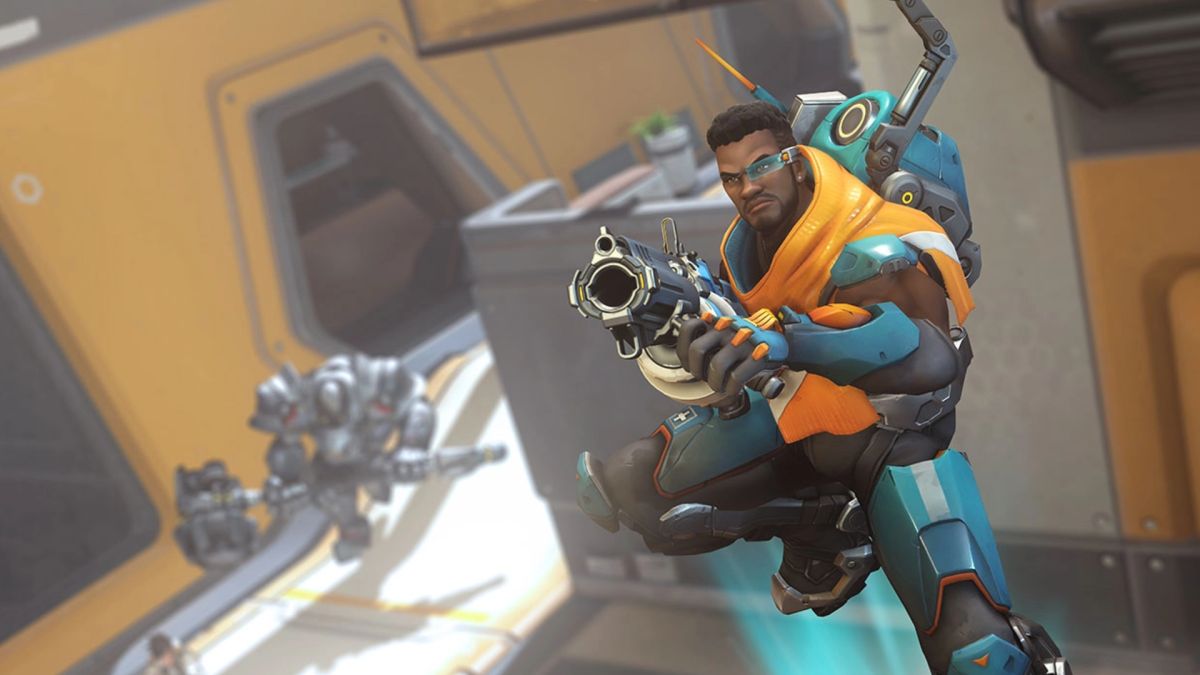 Overwatch is celebrating its fifth anniversary later this month, and with it, the annual anniversary event is returning. As always there are new skins, and players are already loving the three legendaries that Blizzard has revealed.

This time it’s Sombra, Moira, and Baptiste’s turn to receive legendary skins. Sombra’s Black Cat skin has her with short purple hair, cat ears, and a little bell with a collar on it. Moira’s Venus skin puts her in a venus fly trap-inspired getup, with short green hair and a slightly vicious-looking flowery garb.

By far my favourite—and seemingly the favourite of every other Overwatch player—is the new Funky Baptiste skin. The ’70s skin throws a lava lamp on his back, gives him an afro and a ‘GRVY’ belt.

Light up the dance floor.Groove past your enemies as Funky Baptiste when Overwatch Anniversary returns on May 18. pic.twitter.com/OzmqU9L1pwMay 16, 2021

It’s easily one of the nicest legendary skins in the game, with Redditors already drawing fan art of the skin and saying “I wish I was a Bap main.” People have also been pointing out the likeness between the skin and the classic 1971 movie Shaft, later remade in 2000 with Samuel L. Jackson. All the skins seem to have distinct movie vibes, with Sombra giving off Catwoman and Moira feeling distinctly Poison Ivy-esque.

Aside from the new skins, each anniversary event sees all skins from all events unlocked and available to purchase with credits—the only exception being limited-time skins like all of the Overwatch League MVP skins and Breast Cancer Awareness Mercy. That means event skins like Halloween, Lunar New Year, and Summer Games are all up for grabs.

The Overwatch Anniversary event kicks off later today. There’s no exact time, but it’s expected to start around 11 AM PST / 7 PM BST. It’s going to be a good week for Overwatch fans, with an Overwatch 2 Q&A also taking place later this week. The Q&A should hopefully quell any worries fans have for the game’s future since Jeff Kaplan left Blizzard last month.