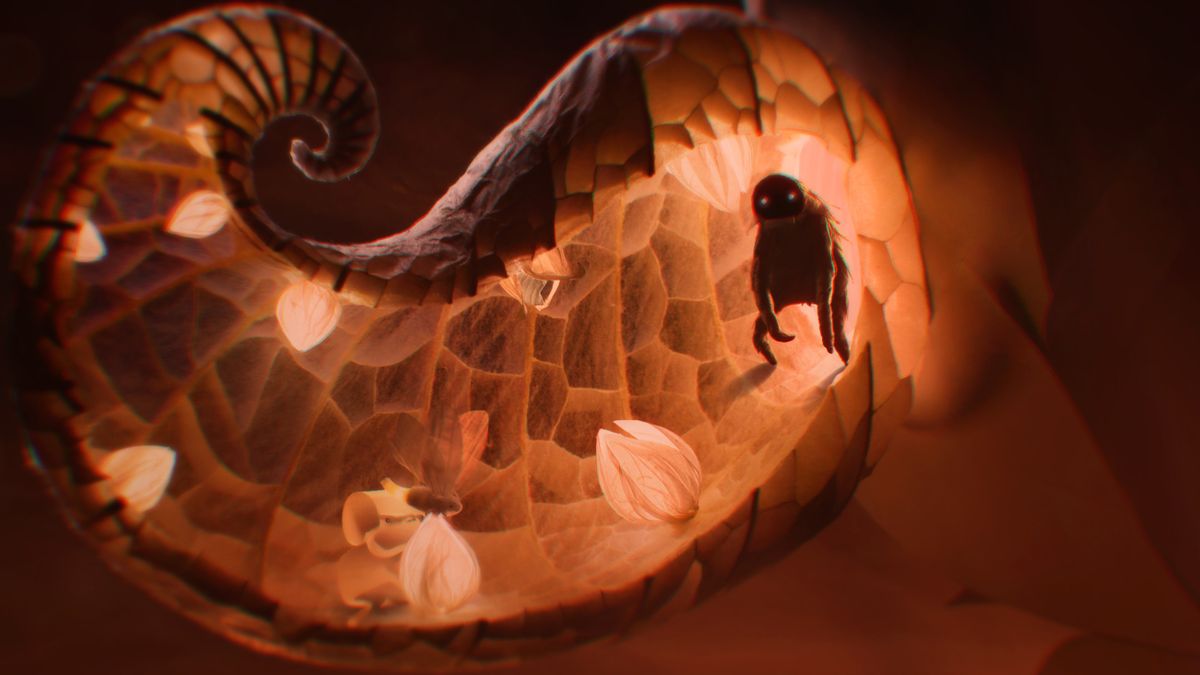 Rachel Watts played Papetura, a papercraft point-and-click made with 5,000 pieces of actual paper. All of its locations as well as the items and characters were made of paper, a process that took six years. It’s a gorgeous oddity, an adventure game about escaping a strange prison that’s such a feast for the eyes you won’t want to eat dessert. With your eyes. That’s a weird metaphor now I think about it.

Christopher Livingston played Frozenheim, a Viking city-builder that’s about to begin its journey into Early Access. As well as managing your Norse settlement you need to worry about raiders, and when they show up Frozenheim becomes a real-time strategy game as you fight to prevent those raiders from burning your home.

Emma Matthews played Hearthstone, where the Barrens Mysteries have been making things exciting again. This community-wide puzzle involving a secret achievement was a teaser for the upcoming Mercenaries mode, but also a way of uniting its players as they came together to solve it.

Natalie Clayton played Unbeatable: White Label, a demo of a rhythm game where the beats are enemies. They come at you in two lanes and you have to defeat them in time to the music, like you’re playing two games of One Finger Death Punch simultaneously, only with visuals that are anime as heck.

Enough about us. What about you? Have you gone back to save the universe one more time in Mass Effect Legendary Edition, or are you still watching terrible things happen to your hands in Resident Evil Village? Surviving in Subnautica: Below Zero or heisting in Hood: Outlaws and Legends? Let us know!