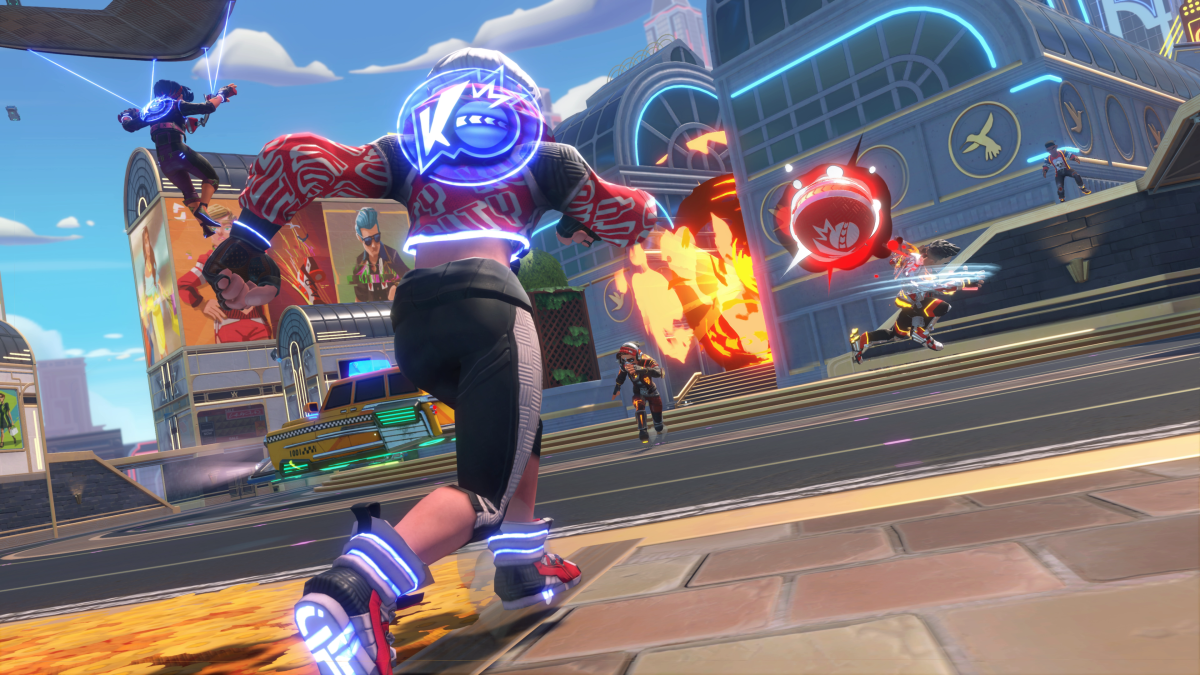 Knockout City is a 3v3 multiplayer shooter, except instead of shooting guns you’re lobbing balls at your enemies. It sounds pretty fun—Tyler has some more detailed impressions here—but launching a new multiplayer-focused title in 2021 feels like a roll of the dice in terms of whether anyone will care (remember Rocket Arena?). As a means to make people care, Knockout City will be free-to-play for the first 10 days when it launches on May 21.

Dubbed Block Party, it’s described as a “festival-style event” which will offer the entire game for 10 days: there won’t be any cap on how much you can play and how many awards you can accrue, and all maps and playlists will be open. If you decide you want to buy the game during the Block Party event, you’ll get a bunch of stuff: an Epic outfit, hairstyle, glasses, glider, intro pose, KO effect and 500 Holobux. These stack with awards you’ve already earned, as well as the items that come with the deluxe edition.

The 10 days will have a bunch of events too: for example, on May 22 Twitch streamers will team up with their viewers to “reach in-game goals to unlock prizes for their audience.” The devs at Velen Studios will also get involved with Discord hangouts and will even participate in matches, where they will probably wipe the floor with newcomers. The game’s first season kicks off on May 25, with a new map, playlist and the introduction of League Play.

Basically, if you’ve played a colourful, zany multiplayer game in the last five years you’re probably familiar with the kind of things that’ll be on offer—all the detail is here. Whatever the case, 10 days is a good amount of time to decide whether you’ll love Knockout City or not. Whether it sticks or not, we’ll find out in the coming weeks. The game will launch on May 21 at 8am EDT / 5am PDT / 1pm BST / 10pm AEST.