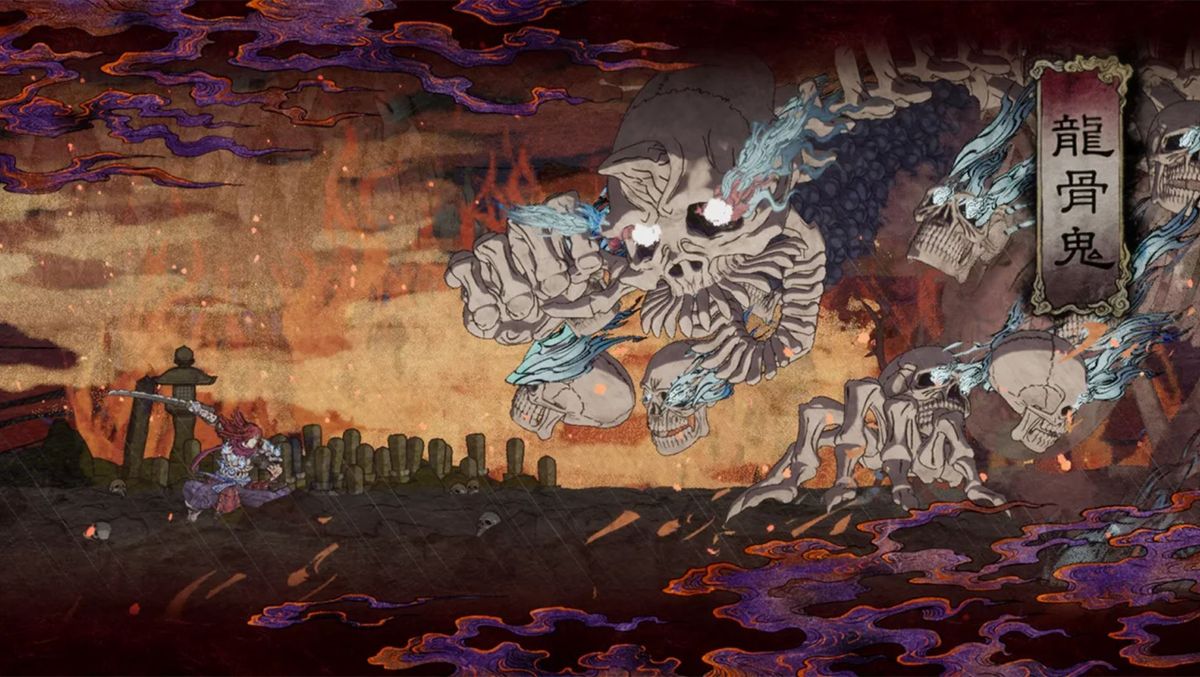 While the world waits for a new Castlevania or Silent Hill, Konami has other plans. Today it announced GetsuFumaDen: Undying Moon, a 2D Metroidvania roguelite with a Ukiyo-e inspired art style. It’s a revival of a 1987 NES platformer that was never released outside of Japan, and it’s not exactly the first series you’d expect a publisher to revisit.

But Konami does what it wants, apparently, and this newly announced platformer actually looks really cool: if you take the art style of Okami (also inspired by Ukiyo-e) and mash it into a pot with Bloodstained and Dead Cells, that’s basically what GetsuFumaDen looks like.

“Ryukotsuki has returned after a thousand years, undoing the seal upon hell and bringing forth monsters and evil spirits who threaten the end of the world,” reads Konami’s blurb. “The Getsu clan has kept watch over the underworld ever since the first Fuma defeated Ryukotsuki. Now, their heroic 27th leader must descend into that vile abyss to root out the evil behind this cataclysm.”

The game will officially launch in 2022, but if you’re especially eager it’ll launch into Early Access on May 13. “Throughout this period, we want to utilise user feedback and foster an active discussion to increase the quality of the game,” producer Shin Murato said. “We will work very closely with our community to help bring this game to life through content review, bug fixes, and balancing.”