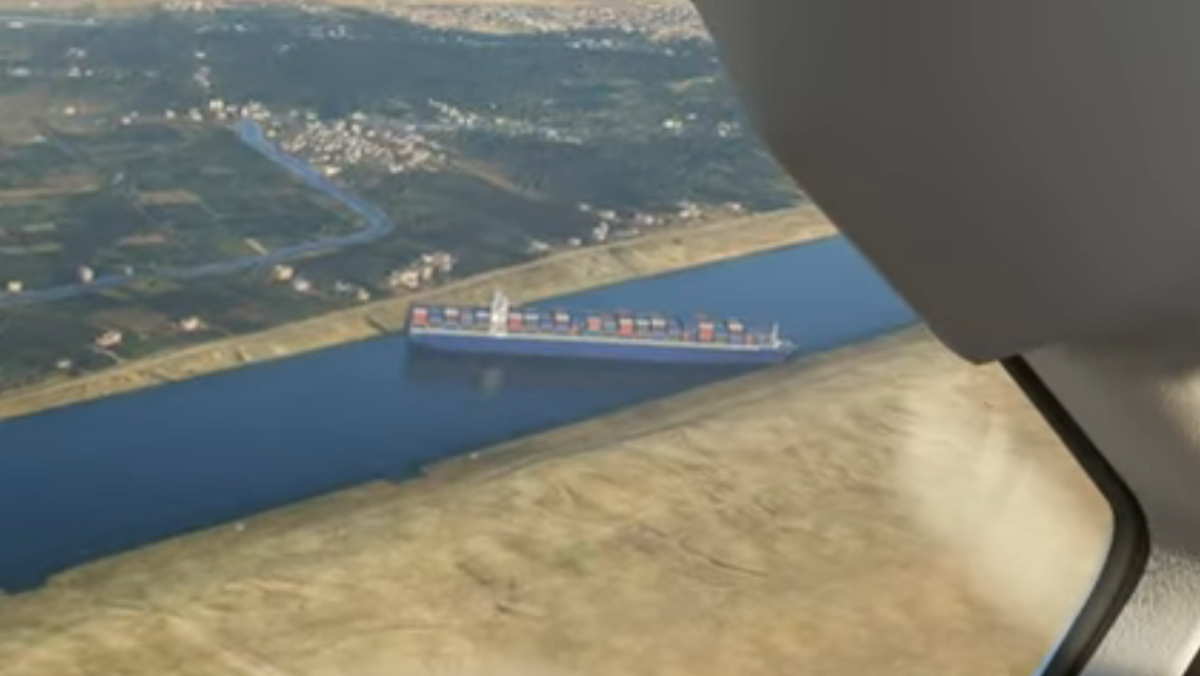 For a few days now, a cargo ship by the name of the Ever Given has been stuck in the Suez Canal. It’s not really clear how it happened, with several explanations competing pending the results of an official investigation, but the thing that matters is this: It’s a giant boat and it’s stuck in a vital artery of global trade, threatening the stability of the world economy.

Also, it’s become something of a meme here on the internet because while it’s not funny, but it’s definitely hilarious.

To clear up any confusion: This is a mod. Microsoft Flight Simulator’s world map doesn’t update anything like that quickly, though it does render things like weather and air traffic in real-ish time.

Anyway, thanks donut_enforcement. Thanks a lot.