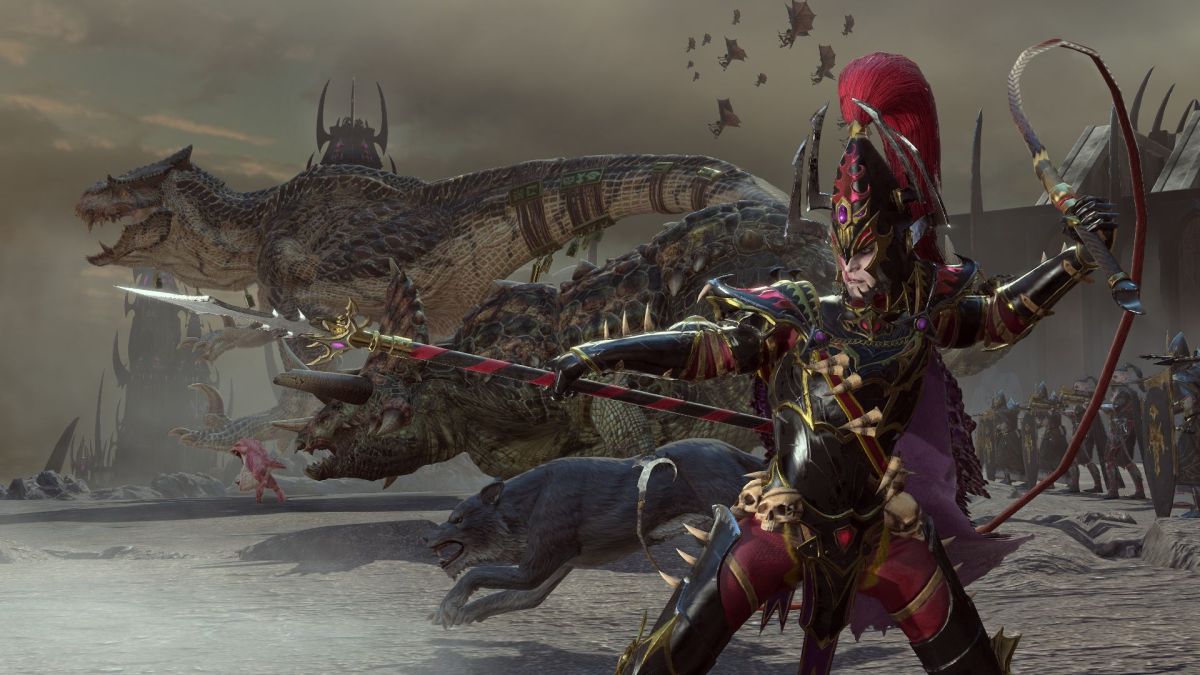 In advance of the final add-on we’re expecting for Total: War Warhammer 2, Creative Assembly has announced the next of its regular free DLC updates will be a new legendary lord for the dark elf faction.

Beastlord Rakarth of Karond Kar is a creature hunter who wears armor that gives him defense bonuses around enemy monsters, and a Whip of Agony that can temporarily remove their ability to cause the fear and terror statuses—meaning said monsters will also be vulnerable to both statuses. He gets three mounts too, a scourgerunner chariot, a manticore, and a black dragon named Bracchus. Bracchus was also the name of his horse in the tabletop game, maybe he just recycles the same name for all of his steeds like Geralt?

A screenshot shows Rakarth leading a force with monstrous troops that aren’t normally part of the dark elf roster: a carnosaur, a stegadon, a giant wolf, and a squig. Perhaps his campaign will involve traveling the world to collect new pets like some kind of grimdark Pokémon master, but we’ll have to wait until March 18, when he’ll be available via Total War Access to find out.

Once the last of Warhammer 2’s DLC is wrapped up, it’ll be time to start gearing up for the trilogy’s conclusion. Here’s everything we know about Total War: Warhammer 3.