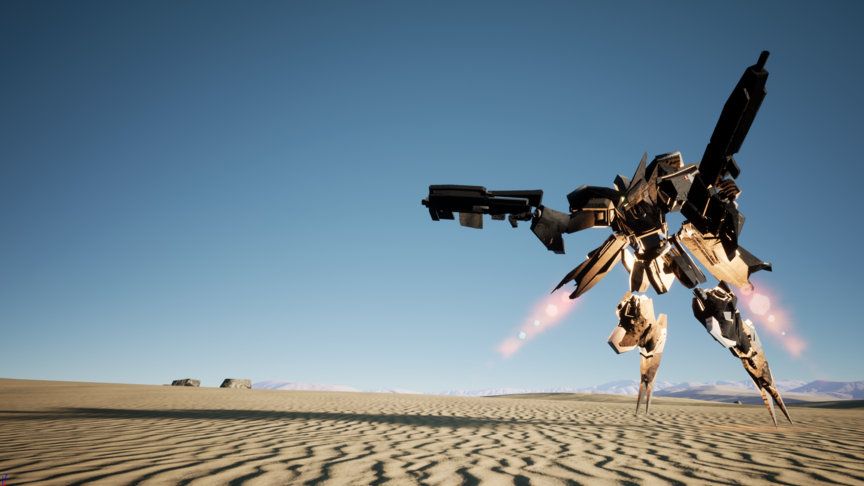 Sorry, everyone. Despite positioning myself as the self-proclaimed Mech-liker on staff, I’ve never actually been huge on Gundam. I simply prefer my giant robots to look a little less toylike, I’m afraid. But while I’m not that hot on how Mecha anime often looks, I’m a sucker for how it sounds—and in that, Vulture: Unlimited Frontier absolutely nails its target.

A free indie project from a Japanese developer going by Robo Lover (ロボ好き), Vulture made the rounds on my Twitter feed earlier this week. It may not look much, but trust me, you’ll want to crank that volume right up.

That’s the good stuff, innit? There’s a real, recognisable texture to 90s Mecha anime, and the developer has captured it perfectly. The deep booms of a rocket, the sharp ticking of machinery, the almost alien sound of thrusters screaming through the air, all delivered with a quality that calls back to the crummy speakers on your parents’ CRT telly.

The game itself is a fun enough little mech dogfighter. The menus might be rough, and models are low detail up close—but in the moment, tearing through the sky, unloading missiles on a half-dozen targets painted against a bright blue sky, it’s a joy. At least, it was once I worked out the controls, which are hard to pin down considering much of the game’s UI lacks an English translation.

Vulture UF is free to download here, but heads up the server’s a little slow—despite being a 2GB download, there’s a good chance you’ll be waiting a few hours.