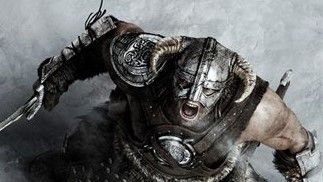 Today in news stories I expected to write several years ago, there’s an upcoming crowdfunding campaign for The Elder Scrolls V: Skyrim – The Boardgame. Imagine that! There are basically no details at this time, though you can sign up on the game’s funding page to be notified of new developments as they emerge. It’s billed as “an epic co-operative board game of adventure across Skyrim for 1-4 players.”

The game will be available as a preview on tabletop simulator at some point before it ‘s crowdfunded. If you’re not familiar with board game jargon, an adventure board game usually focuses on moving characters from point to point on a map in order to accomplish goals. Things like fights or quests are usually done with one or two dice rolls, and equipment or money is your reward. Players will rack up points, and the person with the most points wins. Expect it to be a bit like an abstract of an entire Skyrim playthrough, rather than the nitty-gritty details.

This most predictable of board game adaptations is going to be funded via Gamefound some time in the near future, and it’s part of the ongoing partnership between Bethesda and board game and RPG publishers Modiphius. Modiphius previously made miniatures games The Elder Scrolls: Call to Arms and Fallout: Wasteland Warfare, and they’re supposed to be publishing tabletop roleplaying games based on Fallout and Dishonored.

We’ll keep an eye on it and let you know when more happens.