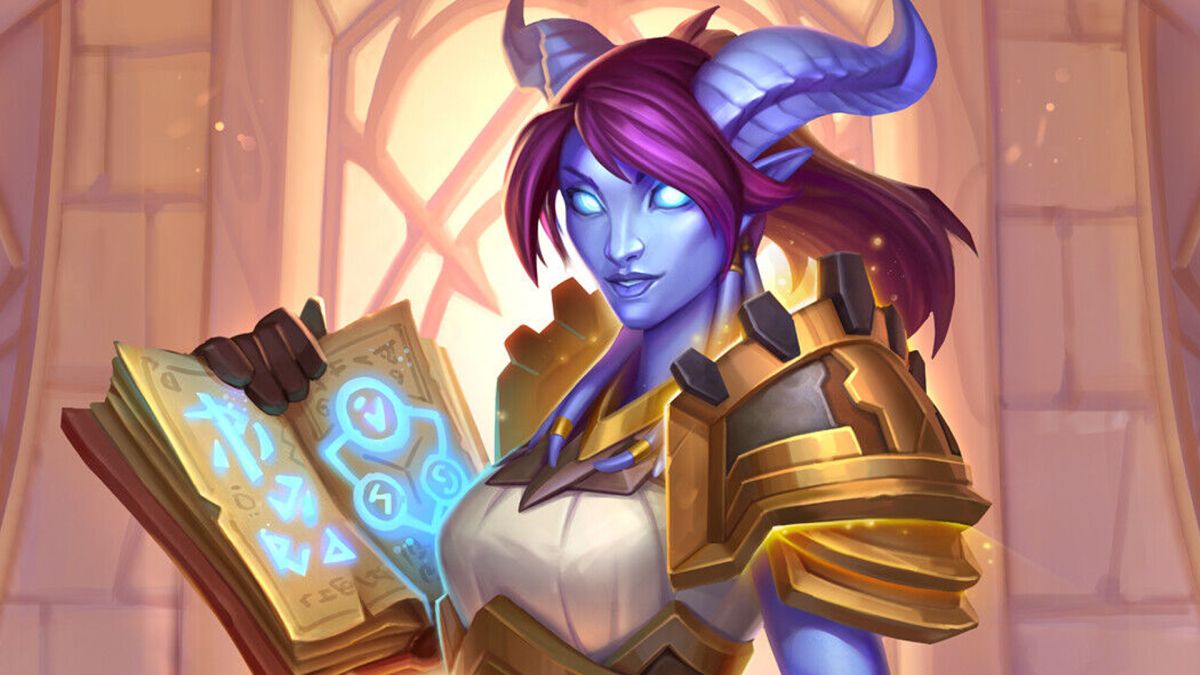 For the last few weeks a deck called Ramp Paladin, or Cheese Paladin if you’re feeling unkind, has been sitting at the top of the meta in Hearthstone’s Standard format. The aim is to use Nozdormu the Timeless to bump both players to 10 mana and then hit you with one of its big 10-drops, but also swamp you with Corrupted Clowns and Murlocs before then. Patch 19.6 hobbles Ramp Paladin with one seemingly minor change: increasing the cost of High Abbess Alura by a single point, from four to five.

Alura’s in the deck so Ramp Paladins can make use of her Spellburst ability to cast Tip the Scales, which summons seven Murlocs out of your deck. The deck’s high winrate hinges on drawing her by turn four to flood the board before other decks are ready. As the patch notes explain, “When an individual card contains a large amount of a deck’s winrate, as Alura does, it breaks the promises of a Hearthstone match. Instead of having a natural back-and-forth flow between players, games with a turn 4 Alura can create seemingly insurmountable board states too early in the match.”

As well as nerfing Alura, patch 19.6 contains various changes to Battlegrounds. Here’s one: “Instead of checking for triples after each minion is summoned, all minions will now summon first before any triples are generated.” Captain Hooktusk has been removed from the Hero pool temporarily, and Elistra the Immortal is out of the Minions pool. Balance tweaks are in effect for cards like Yo-Ho-Ogre, Champion of Y’Shaarj, Waxrider Togwaggle, and others. See the full patch notes for details.

There’s also a mention of Quilboar coming as the next minion type, and Blizzard will be sharing more details on that in April.

Finally, the next chapter of Book of Heroes will be out on March 2, and tell the story of Valeera becoming an expert assassin, with eight bosses to defeat and a Rogue pack, containing Rogue cards from Standard, as a reward.

Here are all the big announcements about Blizzard’s games from BlizzCon 2021.