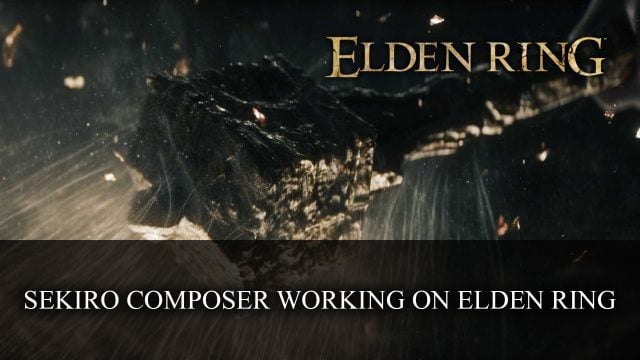 Yuka Kitamura is a composer who has worked with FromSoftware on projects such as Bloodborne, as well as a primary composer on Dark Souls III and Sekiro: Shadows Die Twice. With this track record of working on a number of games with the developer, fans were to curious to know if she would is working on the next big title Elden Ring.

On Twitter, Yuka Kitmura confirmed she is indeed working on Elden Ring.

It’s been some time since we’ve heard much about Elden Ring this year, other than the reveal of the title at E3 2019, news has been rather quiet. What we do know about the title is that is will be an Action-RPG and is in collaboration with Song of Fire and Ice/Games of Thrones author G.R.R. Martin who is behind the mythology. It’s also the “biggest title yet in terms of sheer volume” according to Hidetaka Miyazaki, with plenty of “weapons, magic and ways to engage enemies”.

Hopefully we will be hearing a lot more soon about the title, but with the current situation it’s hard to say when exactly From’s next big reveal will be. We will of course update you on any further info as it releases, in the mean time you drop by the Elden Ring for all the latest.

In case you missed it before to check out our Elden Ring Everything We Know video below:

Elden Ring will release on Playstation 4, Xbox One and PC, with no release window announced as of yet, but pre-orders state 2020.

If you enjoyed this article be sure to check out Elden Ring Wishlist, to see what we’d like to see from the upcoming action-RPG. You can also drop by our Elden Ring wiki for all the information as it’s released. You can also find out why Elden Ring made our Fextralife Top 10 Upcoming RPGs of 2020.