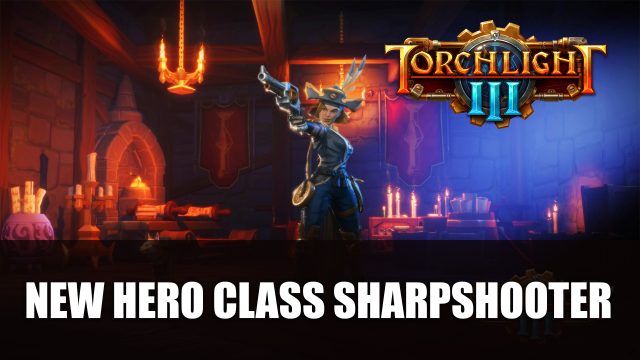 Torchlight III which was rebranded from the original Torchlight Frontiers title, and is now getting a new class called Sharpshooter. This new class added to the Action-RPG mixes careful precision skills with a range weapon, plus magical trinkets, letting you attack enemies from a distance. This latest addition is featured in the current Closed Alpha on Steam and will be available for players worldwide when the game launches later this year on PC.

Sharpshooter has a number of ranged skills including Scatter Shot which deploys bursts of projectiles that deal a cone damage range, and Loyal Shasta which is a spirit wolf that deals weapon damage as well as taunts enemies. You check out the skills below:

Check out the reveal trailer below:

Torchlight 3 is the spiritual successor of Torchlight and Torchlight 2, and was originally called Torchlight Frontiers, but after community feedback will become the next entry in the Torchlight franchise.

Torchlight 3 will be releasing sometime this year on PC via Steam.

For more news be sure to read next Elden Ring Soundtrack Is Being Worked On By Bloodborne And Sekiro Composer Yuka Kitamura and Code Vein DLC Lord Of Thunder Now Available.