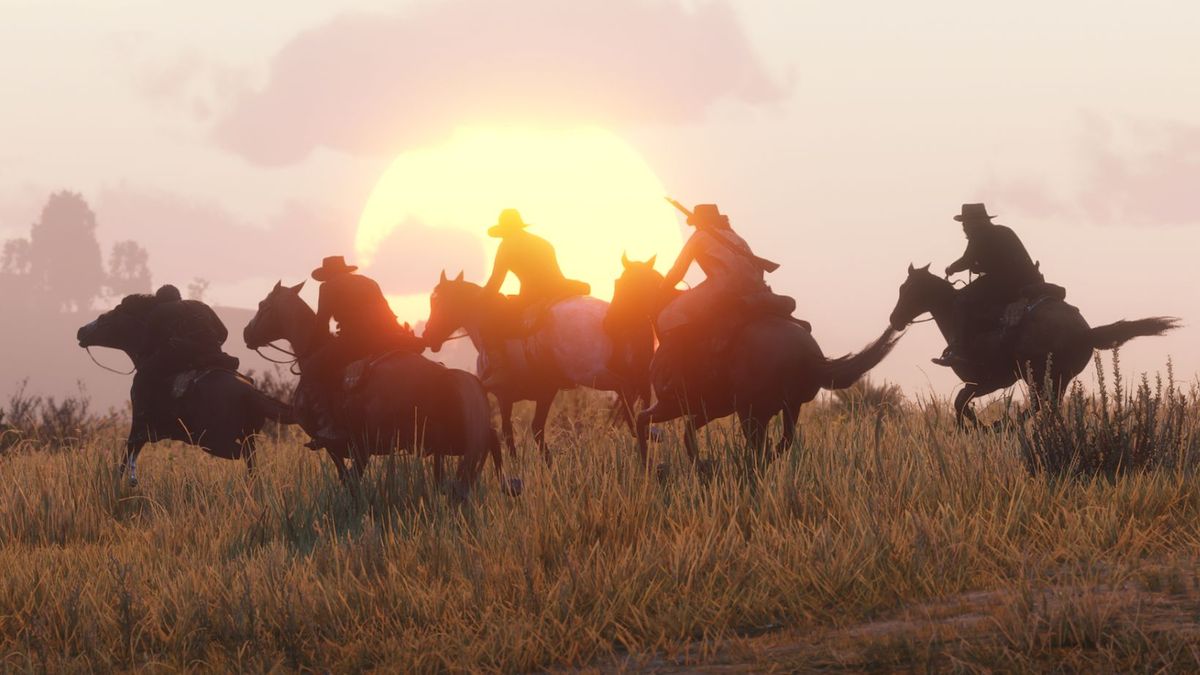 Rockstar’s magnificent Red Dead Redemption 2 has the slightly-less-magnificent multiplayer form of Red Dead Online, a cowpoke-filled sandbox where you can ride around shooting things, ride around and shoot some more things, and then maybe top it off by riding around and shooting things. Whereas GTAV and GTA Online remain two sides of the same game, however, Rockstar recently spun-out Red Dead Online into its own standalone release: the game is still available at its launch discount for $5 until February 15.

At that price, to be clear, Red Dead Online is well worth it, even if it’s just to spend some time admiring its remarkable world, and enjoying the narrative co-cop campaign with a few buddies. The later updates added the option to play theoretically more chilled-out roles like a fur trader, or a bootlegger shipping moonshine everywhere, and there’s a good argument that the RDO experience is what you make it.

That side of RDO can be great, though personally I found myself quickly getting bored of the regular online activities beyond the main quest chain. It’s a situation that, despite substantial updates giving characters more of a ‘role’ in the world, more committed players have long been complaining about: the best protest was when everyone dressed up as clowns. They look at Rockstar’s support for GTA Online, and feel some of that ‘ol country jealousy at those city folks and their fancy updates.

Me? I’m holding out hope for a Red Dead Online: Undead Nightmare update, just because. But it is what it is.

Rockstar says Red Dead Online’s standalone launch has seen a “tremendous response“, so much so that it’s throwing a bunch of RDO content at any player (whether using the standalone client or RDR2) who’s logged in between December 1st and February 15.

Among other stuff players will recieve a free horse, stable slot, a coat, a hat, a shirt… I mean, it’s all nice, who doesn’t love a freebie and so on, but kinda shows the problem with RDO. Full list of the bonuses here. It’s all very generous, and doubtless useful for new players, but the offer of a free coat won’t be tempting my walrus-tached sharpshooter out of retirement.

It’s hard to tell how much of a success or otherwise Red Dead Online is: the game’s playerbase is split across platforms and stores, as well as now two clients, meaning only Rockstar could give accurate figures. I’ve never seen many other players in free roam, but it feels designed that way. This is a simpler online experience than GTA Online—not a criticism—and does perhaps suit the more contemplative or self-motivated player. And it’s most certainly worth a fiver.