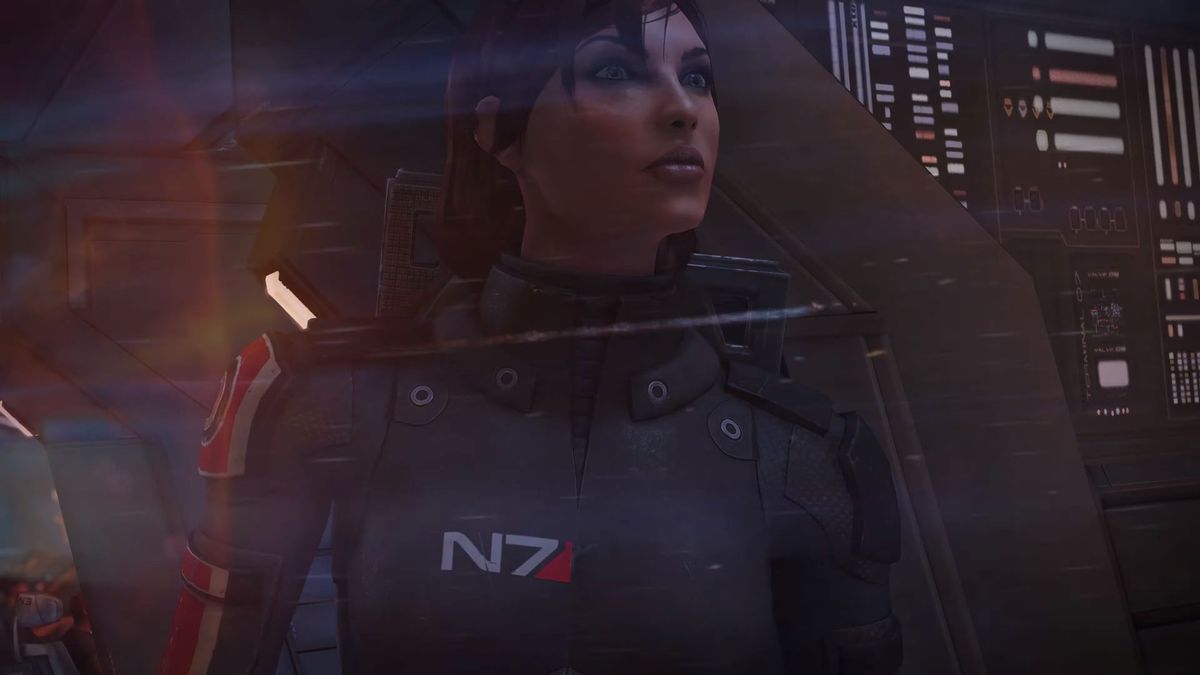 A reveal trailer for Mass Effect Legendary Edition went live several hours ago, and fans have been watching it over and over. As has Jennifer Hale, the voice actor who played the female version of Commander Shepard across all three games, or “FemShep” as the character was dubbed.

Though her performance made FemShep more popular with hardcore fans, the marketing for the original games tended to focus on the default “BroShep”, voiced by Mark Meer. Until now. This trailer shows a montage of scenes from across the series, and while BroShep is there—that’s him macking on Miranda—there’s more screen-time devoted to FemShep. She gets the action scenes, running and leaping and sliding over a waist-high object in that very familiar way, as well as kissing Liara and posing while Garrus says, “You were born to do this.” She’s at the forefront in a way she never was when the games were first released, back when she had to settle for the alternative trailer.

“I’m just sitting here ugly-crying because I’m just so moved,” Hale says in the video, before giving a “huge shout-out to Mark, you know I love you.” Between the tears, she goes on to say, “You guys are the best and to be part of this is the greatest thing in the world and I’m so grateful. BioWare, thank you, fans, thank you so much. It’s so beautiful. I just wanted to share that I’m ugly-crying because it’s so cool.”

One of the changes in Mass Effect Legendary Edition is that the “iconic” vision of FemShep, as seen in the trailer, will be in the character creator from the start of the trilogy. (Originally, while BroShep had a default appearance based on model Mark Vanderloo, an iconic look for FemShep was only introduced in Mass Effect 3.)

I played all three games twice as FemShep, and I’m looking forward to doing so again. Mass Effect Legendary Edition will be out on May 14, 2021, on both Origin and Steam.