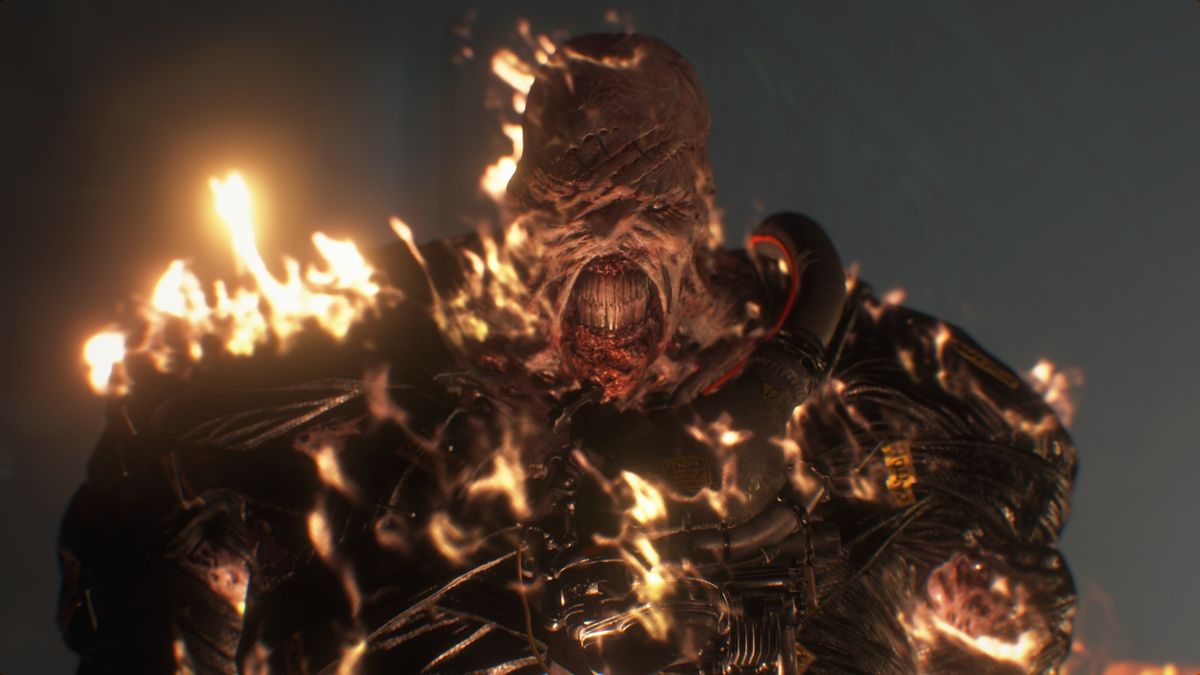 Actually, the result isn’t that stressful, it’s also pretty funny. In their sheer, diabolical abundance, the crowding tyrants actually look kinda pathetic. You can see a video of the mod in action below, but be warned that it has spoilers for the demo, of course.

This mod is the work of FluffyQuack, who has built their own mod manager, which you can find here. Given how many amusing mods have emerged for Resident Evil 2 Remake, I expect this new instalment to get a similar treatment. If someone could turn Nemesis into, say, a kitten, I’d appreciate that. Thanks.

Andy played an early build of Resident Evil 3 remake last week and, as you’d expect, he reported that the Nemesis kicked his ass.