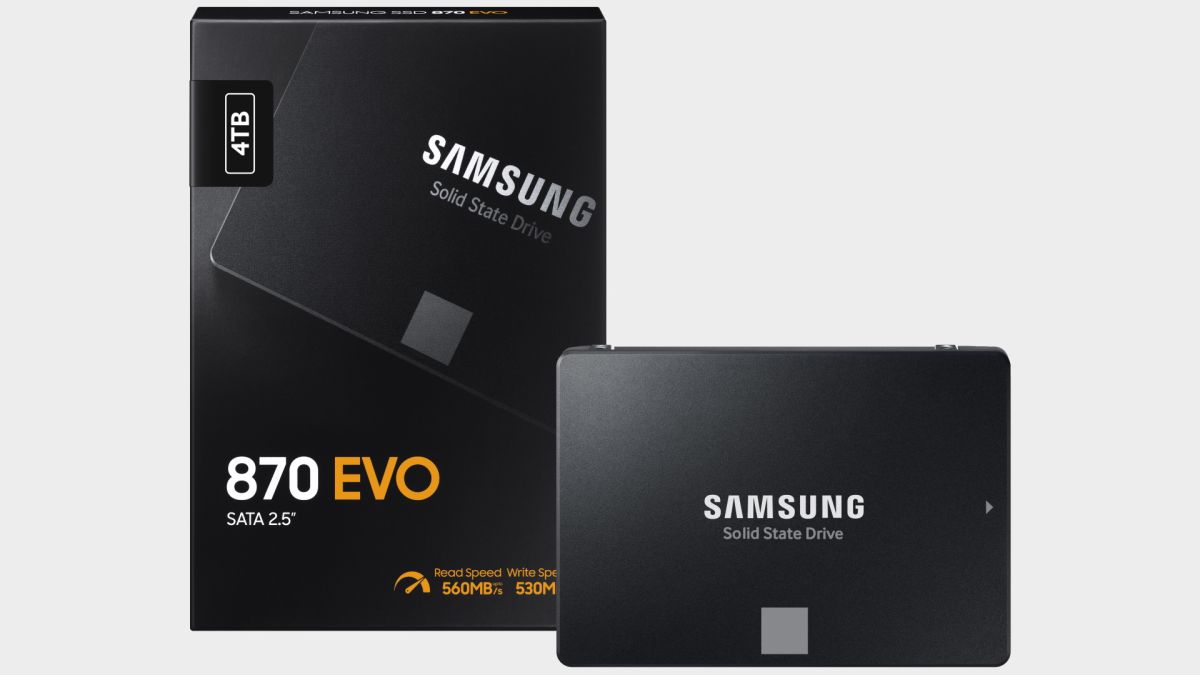 We’ve got a load of second-generation PCIe 4.0 SSDs in for testing at the moment, and they’ll be hitting the site soon. In the meantime, Samsung clearly believes there’s life in the old SATA standard still and is today announcing the Samsung 870 EVO. The new SATA SSDs boast up to 30 percent higher performance speeds over the 860 EVO, which isn’t too shoddy a boost at all.

The Samsung 870 EVO uses the company’s latest V-NAND flash memory and controller to make for an up-to-date SSD that is manufactured completely in-house. The drives employ a variable SLC buffer using Samsung’s Intelligent TurboWrite tech to maintain peak performance. Overall, you’re looking at reads and writes of 560MB/s and 530MB/s respectively, which are right up against the limits of the 6Gbps SATA interface. You’re looking at random read and write IOPS of 98K and 88K as well, by the way.

So, while we’re busy throwing around 7,000MB/s in M.2 land, these new drives aren’t hitting a tenth of that performance. So why is Samsung releasing a SATA drive in 2021? Well, plenty of users, including gamers, may not have access to the latest NVMe standards or only have one or two slots to plug them into. Whereas even the most parsimonious of motherboards have at least four SATA ports up for grabs. Then there are older laptops and NAS drives. There’s a healthy market basically.

Beyond the raw throughput, what does the Samsung 870 EVO bring to the party? One obvious thing is the fact that the new SSDs are available in up to 4TB capacities, without hitting truly ridiculous prices for the privilege—$530 for a 4TB SSD isn’t too bad. There are five drives in total:

Whether the Samsung 870 EVO will have an impact on the market is undoubtedly down to pricing. SATA SSDs are simply not seen as premium chunks of storage that they once were, and so can’t charge the big bucks. We’ve been recommending the Crucial MX500 in our best SSD for gaming guide for a while now, and the reason for that is simply down to the pricing—you’re looking at $95 for the 1TB version ($199 for the 2TB model). While the Samsung 870 EVO may be slightly faster, is that worth the premium? We’ll have to wait and see once we’ve tested them, but I suspect not.