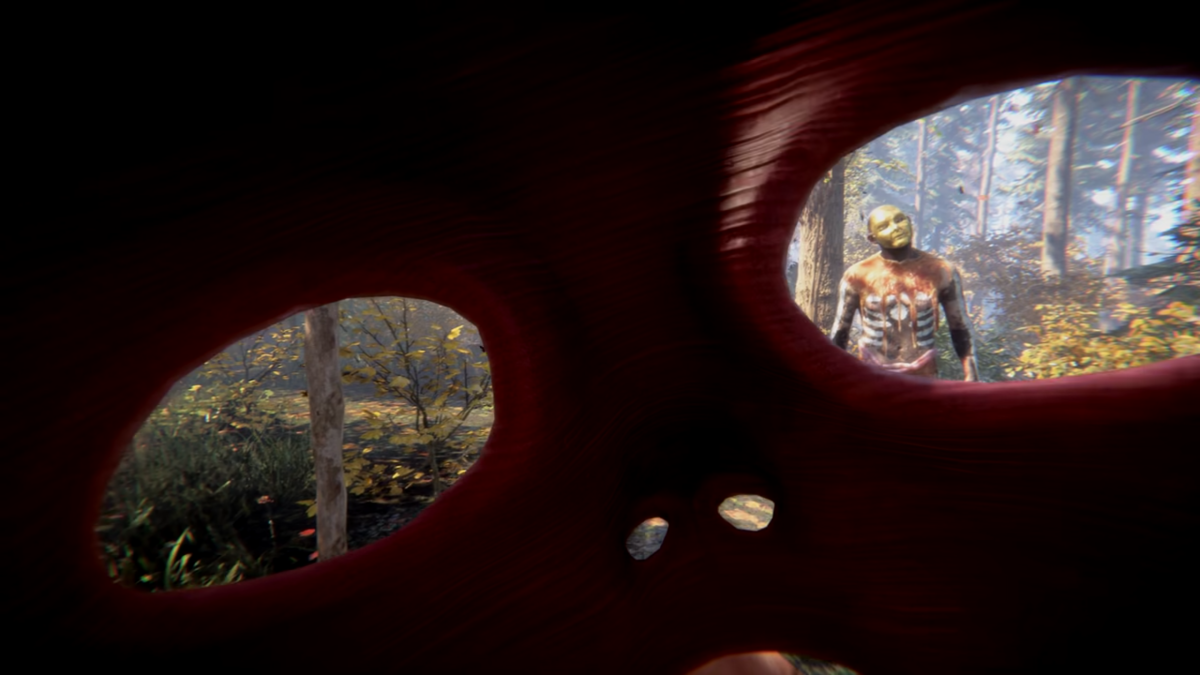 About a year ago we got the first look at the sequel to horror survival game Sons of the Forest, sequel to The Forest, a sleeper hit of a survival game that has a lot of adoring fans. That’s because it blends horror with its survival for a truly, gruesomely horrific game that just kind of… gets worse and worse the more you delve into it. Worse in a good way, mind you. A scary way.

Anywho, a new trailer released this week showing off the sequel. It’s a bit more gameplay-focused than the last, showing off a fidelity of chopping wood and digging and building and carrying logs in a way that would have boggled our forebears in the world of gaming. Like just watch them diggin animations at the 41 second mark. Check out the part where a guy cuts through a log in the constructed wall to make a window. Look at the wood chips fly. Hot damn.

The three-legged, three-armed ballerina lady from the first trailer is back, by the way. She’s not dancing this time, but she is just kind of standing around creepily, so… there’s that. There’s also some extra-horrible behaviors for a few characters, like a cannibal mutant trying to make off with one of the player’s already felled logs, or crawling on the ground begging for mercy. Great! Humanize the monsters, that’s fine! Just what I need!

The Forest first released in 2014 as an Early Access title, then had its official release in 2018. It’s likely that Sons of the Forest is a sequel following the events of the first game’s ending.