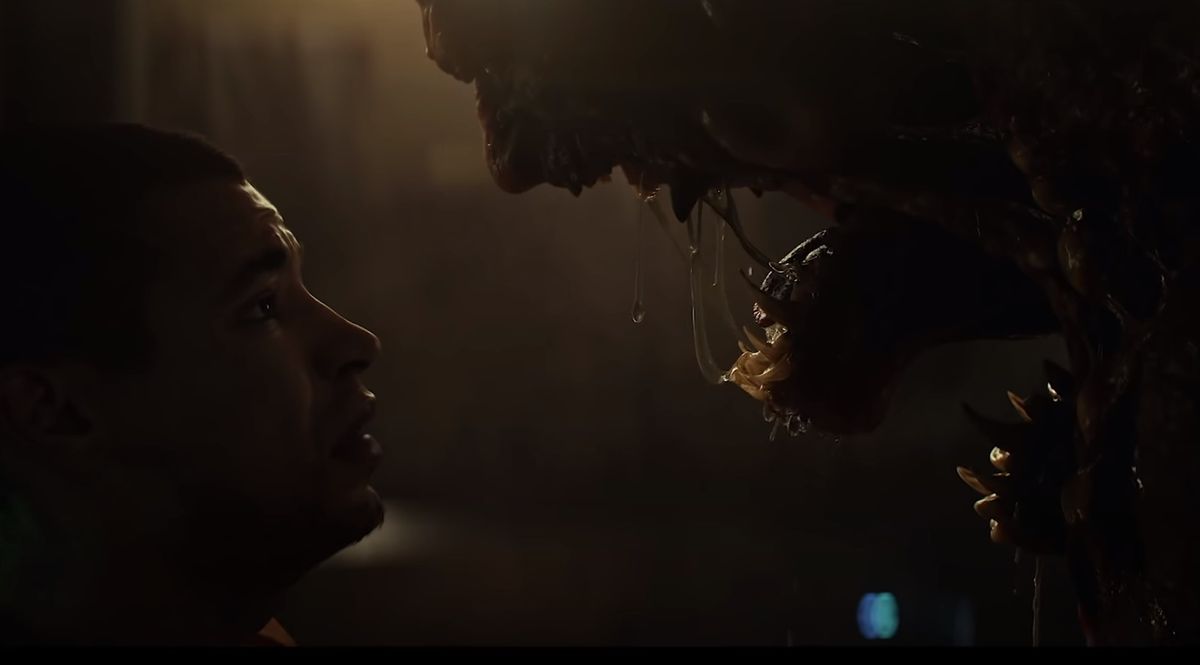 One of the biggest reveals at Thursday night’s Game Awards was The Callisto Protocol, a new sci-fi survival horror game from a team of veterans who worked on EA’s Dead Space series. It’s still a long way off, scheduled for 2022, and the cinematic trailer is more of a mood piece than anything. We can glean that it’s set in a dingy futuristic prison, and there’s a very nasty monster (alien? mutant?) on the premises. I couldn’t get much more concrete detail out of chief development officer Steve Papoutsis when we chatted after the reveal, but I did at least confirm one suspicion: Dead Space’s beloved holographic HUD is coming back in some form.

In one of the first shots in the trailer, an unnamed prisoner sits up in bed. On his neck is a glowing green implant—what I’d guess is some kind of restraining implant, green to symbolize he’s currently healthy. It’s a pretty blatant nod to the spinal cord health indicator on the back of Dead Space’s suits, a cleverly “in-universe” way to communicate without plastering a HUD over the action. Dead Space famously did that for everything, projecting its menus as holograms instead of breaking immersion.

I’m not exactly doing Sherlock-level detective work noticing the callback here, and Papoutsis played a little coy outright confirming it, but I think it’s safe to say The Callisto Protocol is going to have a similar system.

“Interesting observation you made there,” he said with a grin. “I can’t really go into detail on that one, but you’ve got a keen eye.”

My guess is we’re going to see plenty of action, but for Papoutsis, horror definitely seems to be the priority. “What we’re really hoping to do is genuinely scare our players, and hopefully have them have memorable experiences while playing the game,” he says.

Most of the other things I asked about Papoutsis wants to keep secret; he wouldn’t even say what kinds of weapons we should expect from The Callisto Protocol or who we’ll be playing as. But I did at least get a few tidbits about the setting. It’s set in the year 2320 at a prison colony called Black Iron, unsurprisingly on Jupiter’s moon Callisto. But are we a prisoner? The warden? Will there be a gun as cool as Dead Space’s rotating pistol?

“We want people’s minds to explore all the potential things that might be, and then we’ll talk about that in the future,” he says. I imagine we’ll learn more next year.