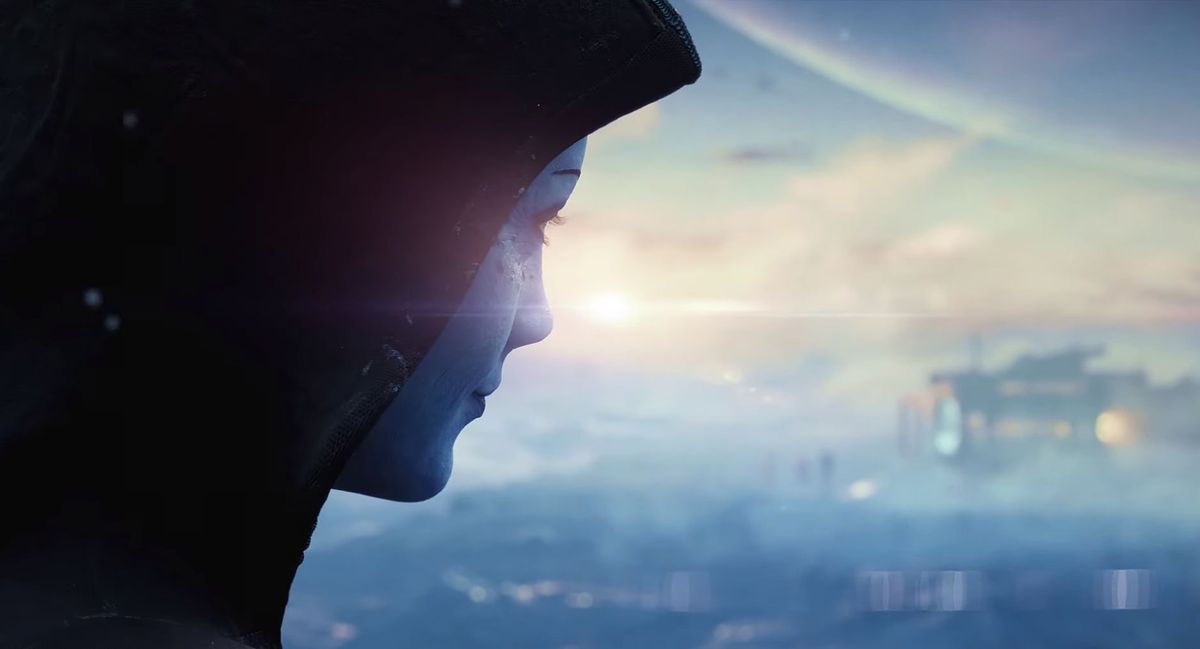 Update: When we first posted this article, we were speculating as to whether or not the asari in the teaser is Liara—you don’t see her face entirely, though she has tattooed eyebrows and freckles, so it looks like her. Well, it is. The actor whose face Liara’s is modeled after, Jillian Murray, confirmed it on Twitter, saying “#imback.”

Curiously, though, Liara’s voice actor, Ali Hillis, had no idea the reveal was happening.

Maybe it’s too early in production to have voice actors looped in? It would be surprising if Liara returned without Hillis, considering she acted in Mass Effect: Andromeda, which released in 2017. It’s also possible Liara doesn’t actually take a central role, though showing her in the teaser would be an odd choice.

Our anlalysis: It’ll probably be years until this game is out, and the haziness around it is intentional.

It does, however, have an official teaser trailer, as you can see above. And it may have… Liara?

Revealed at The Game Awards tonight, the cinematic teaser gives us a glimpse of “the next chapter of the Mass Effect universe.” The trailer takes us sweeping around the galaxy amidst some reaper-like sounds and radio transmissions, past the ruined remains of a mass relay. We close on a figure struggling to climb a snowy mountain shaped rather like a reaper and digging an N7 emblem out of the frost.

The figure stands in profile and we can see her smile, and… is that Liara? She’s the only asari we’ve ever seen with eyebrows and freckles. Perhaps a bit older than the 100 or so years old she was in the Mass Effect Trilogy, but the asari can live for a thousand years.

And if it is Liara, that would mean the next Mass Effect game is a continuation of the original trilogy, which also would mean it’s not picking up the story that began in Andromeda, and it would have to make one of the Mass Effect 3 endings canon. Since Liara doesn’t have the green markings of the Synthesis ending, and that sure looks like a dead Reaper, is this suggesting the Destroy ending will be canon?