There will be a bunch more Cyber Monday gaming headset deals going live after the weekend, but most of the Black Friday discounts are still live. And there are some great gaming headset deals among them. Whether you want to drop a large chunk of cash on a super high-end set (with a $380 price cut) or only fancy spending just $26 we've got some cans for you. 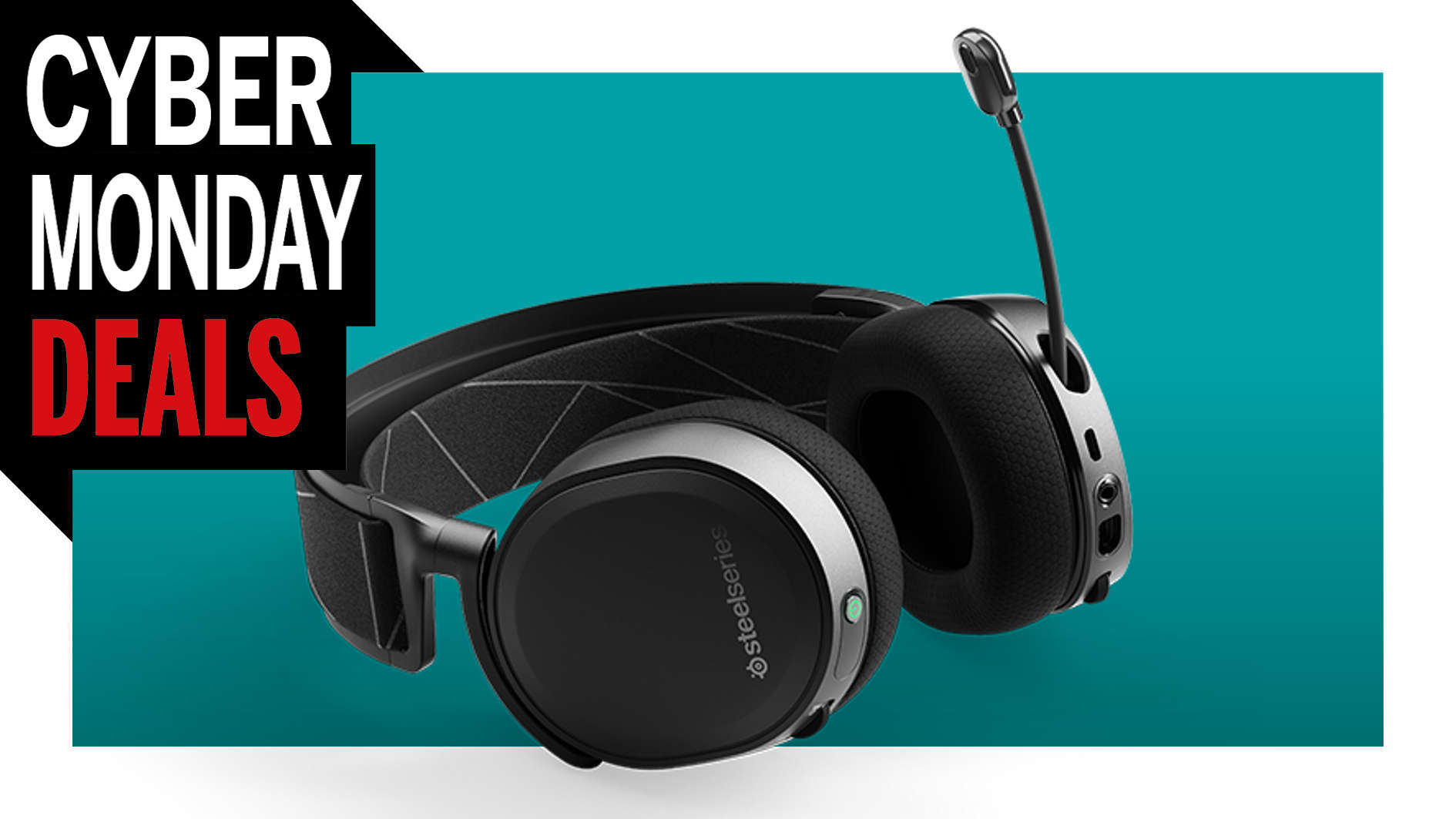 There once was a time that a good gaming headset and a set of headphones for listening to music were mutually exclusive products. No more, the best gaming headsets can deliver an aural experience every bit as good on the online battlefields of Apex Legends, or in the nuanced world of Tidal's Master Quality collections.

No more is a gaming headset purely a set of 20Hz – 20kHz drivers strapped to a tacky, brightly colored headband. Though obviously you can get a thousand of those from a quick Amazon search, companies such as Razer, Logitech, SteelSeries, and HyperX have been making serious-sounding gaming headsets for years.

If you've been put off by the high price tags on the best gaming headsets, now is a great time to make that investment as your ears and teammates will be sure to thank you.

Unless you really love RGB lighting, we'd suggest avoiding headsets that are blinged out with blinking lights—especially wireless models where those lights are only going to sap your battery life.

We'll be keeping an eye out for not just the Cyber Monday gaming headset deals in the basic wired category, but the best wireless gaming headsets and the best headphones for gaming as well. As a good set of headphones with a quality microphone can make your PC experience much nicer, whether you're gaming or sitting in hours of Zoom meetings.

These are the best Cyber Monday headset deals we've found so far.

Logitech G432 DTS:X 7.1 | $39.99 at Amazon (save $40)
This half-price gaming headset from Logitech is a fine set of cans, offering virtual 7.1 surround sound for a good deal less than the Razer Kraken rival. The standard stereo audio is good too, offering music and gaming experiences a touch ahead of your other budget gaming headset offerings.View Deal

Logitech G332 Gaming Headset | $25.99 on Amazon (save $34)
While you’re only getting stereo sound, the G332 can still hold its own when detecting sound direction in game. In fact, they’re on-par with a lot of more expensive headsets you can find out there, buy perhaps a little heavy at 1.25lb. They’re not the worst for music, but they could be better. And, while the swivel-to-mute mic quality can come across a little on the fuzzy side, for less than half price, these are a steal right now.View Deal

Razer Kraken | $49.99 at Amazon (save $30)
Who needs RGB when you can sit there with greenest of green headphones strapped to your head. More importantly this headset boasts virtual 7.1 surround sound, are really comfortable, have in-line controls, and a retractable noise isolating microphone to make for an altogether impressive audio experience. And $20 off? Seems rude not to grab a pair. View Deal

Razer Kraken X Ultralight | $34.99 at Amazon (save $15)
Our best cheap gaming headset with 7.1 surround sound just got cheaper. It may not have all the flair of the more expensive models, but this is the tradeoff for a cheaper headset with exquisite virtual 7.1 surround sound. It falls a little short with bass frequencies, and you’ll be stuck with your bendy mic in the way a bit, but you’ll be able to nail that guy trying to sneak up on you in-game. And, at 0.55lbs, it wont even feel like you’re wearing a headset at all. View Deal

HyperX Cloud II | $79 at Amazon (save $21)
One of the leading headsets in the push to improve PC audio, the HyperX Cloud II is still a great option if you’re looking for quality audio. The memory foam ear pads and aluminum frame make this headset feel like a far higher ticket price item than it actually is. And the sound quality is also great for the money, especially with $20 off.View Deal

Razer Nari Ultimate | $119.99 at Amazon (save $30)
Haptic feedback in a headset? Surely some kind of joke? Actually no, while it sounds like a pure gimmick, Razer has managed to refine this idea enough that it actually adds to your gaming experience rather than takes away from it. You also get THX Audio and a retractable mic to make for an all-around impressive headset. This is a bargain too. View Deal

Logitech G935 DTS:X 7.1 | $119.99 at Amazon (save $50)
This super comfy, wire-free headset comes with three programmable buttons on the side. The sound quality is great, with good bass and treble balance, though not the richest sound ever. But, if you love to be laden in RGBs, these have a snazzy strip of lights to steadily eat away at your battery level. Either way, the funky design is topped with the quality manufacturing expected from Logitech products.View Deal

Cooler Master MH670 | $69.99 after rebate on Amazon
Not only are you getting awesome 7.1 virtual surround sound here, you also get wireless cross platform compatibility, and luxurious leatherette cushioning. All the greebles are detachable, for easy portability. And, while the earcups may be a little tight, it has an awesome 18hr battery life, clear audio quality to make up for it.View Deal

HyperX Cloud Stinger Core | $64.99 at Amazon
This Wireless headset ticks the most important boxes: it’s light, comfortable, and produces decent audio. It supports Virtual 7.1 surround sound, if you want your gaming to be more immersive. The noise cancelling microphone is also pretty decent, and can be flipped out of the way when not needed. That extra $15 off right now makes this a bit of bargain. View Deal

Beyerdynamic Amiron Home | $319 at Newegg
Beyerdynamic is a name to be reckoned with in the high-end space, and these cans have scooped up plenty of rewards since release. They are open-backed headphones that use optimized tesla technology to produce a wonderfully tight and clean sound and are also incredibly comfortable to wear. And yes, that’s a $380 saving, or 54% off if you care to do the math.View Deal

What to look out for in a Cyber Monday gaming headset

Gaming headsets have improved significantly over recent years. Losing the bass-heavy vibe that dominated the industry for years, and focusing instead on a much more even soundstage. If you've found earlier gaming headsets lacked the nuance that you would get from a proper set of headphones you'd use for listening to music, then be reassured that things have improved a lot.

Of course using headphones alongside a decent microphone is still a great option for gaming, and we've kept an eye for those too. Along with wireless headsets, which have also come on in leaps and bounds of late, with better battery lives, no drop in audio quality, and no obvious lag to talk of either. Plus they mean you're not tethered to your PC, which is literally freeing.

Be wary of deals you don't need is true of any deal that you may see during the Black Friday sales period, but pay particular caution when it comes to headsets, because there are usually a load of them. No really.

You'll see big names and unknown brands vying for your ear holes during the sales season. And while there are some real deals to be had, we'd err on the side of caution, and focus on brands that you've heard of.