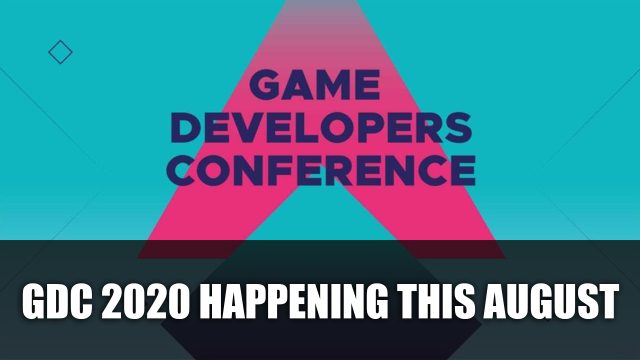 A few weeks ago the Game Developers Conference was announced to be postponed, cancelling its event in San Francisco in March. The organiser Informa Tech has now announced that GDC Summer will take place this August.

GDC Summer Will Happen This August

With the current situation, a lot of gaming industry events have been postponed or cancelled. The latest being E3 2020 which we’re still waiting to hear if they will be going ahead with an online event or postpone it to a later date. GDC 2020 however has now been announced to be slated for later this year from its original March dates. GDC Summer which usually takes place in San Francisco will be postponed to dates August 4th to 6th.

The organiser Informa Tech shares that safety is their prime concern and will continue to assess the situation as it happens. But at the moment GDC Summer will go ahead, allowing for a way for developers to share their game development updates and info. GDC has a number of keynotes, interviews, talks as well a showfloor which is open from August 5th to 6th.

In a press release from Informa Tech they shared:

GDC Summer will give the game development community a chance to come together in a way that hasn’t currently been possible due to COVID-19. Safety remains the GDC organizers’ paramount concern and the GDC team will continue to monitor the latest information from health officials to ensure a safe and compelling event for everyone at GDC Summer, GDC 2021 and beyond. Full details for GDC Summer can be viewed on the official GDC website.

It was toward the end of February when GDC was announced to be postponed due to Coronavirus concerns, this has impacted the world and changed the way a lot of events are happening this year including how businesses operate.

GDC Summer will take place from August 4th to 6th at the Moscone Center.

For more news find it here in Playstation 5 Specs Reveals 10 Teraflop GPU And Expandable SSD Slot and The Surge 2 Among New Titles To Be Coming Soon To Xbox Game Pass.