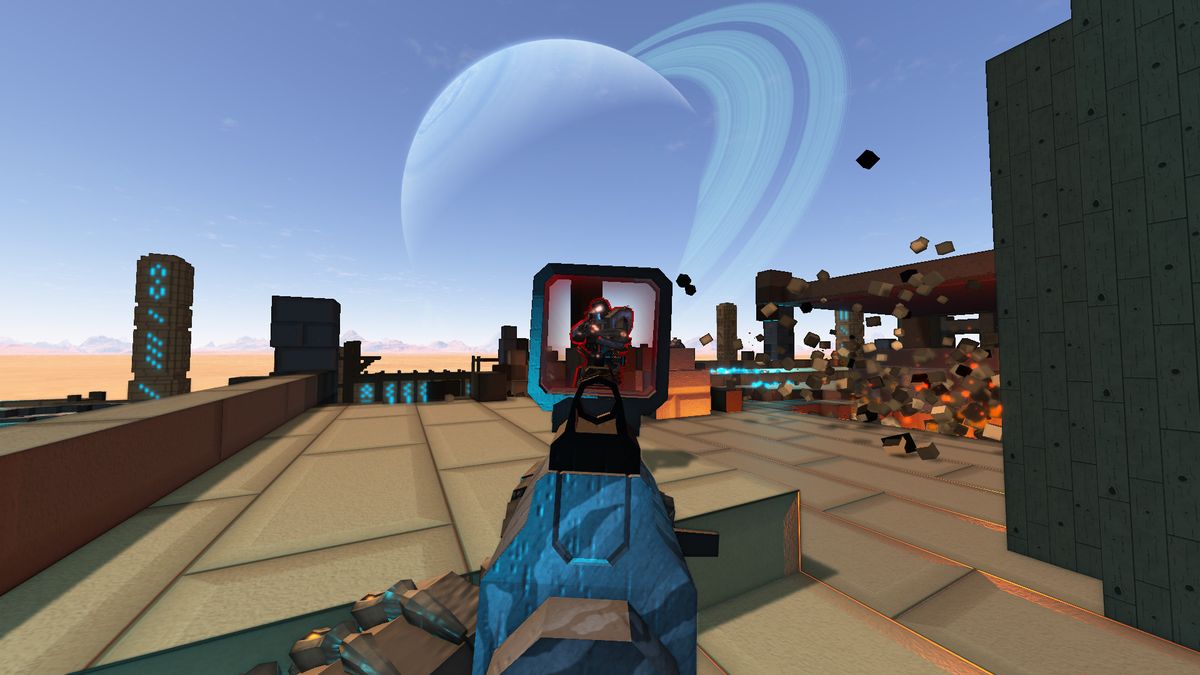 Indie studio Vercidium just launched Sector’s Edge, an 8v8 FPS with destructible blocky environments, into Early Access. As well as being able to blow holes in the scenery, you can build your own to make a staircase on the fly. It’s designed to run well on older PCs, and the install is only 638MB.

Rather than classes Sector’s Edge has a weapon loadout system, with each gun you select costing points. (Unspent loadout points give you more blocks to build with.) Those guns have a fair amount of recoil and spray, à la Counter-Strike, and damage drops off over distance as well. For a game that looks kind of like a Minecraft mod, it’s got a few nods to weapon realism. Although expect everyone to still be bunny-hopping like wild, of course.

The two developers say Sector’s Edge will be in Early Access for approximately six months, and that, “We have plans for new weapons, maps, game modes, characters and skins.” They also plan for it to remain free-to-play, “with in-app purchases to unlock customisation options quicker.” You can download it on Steam.