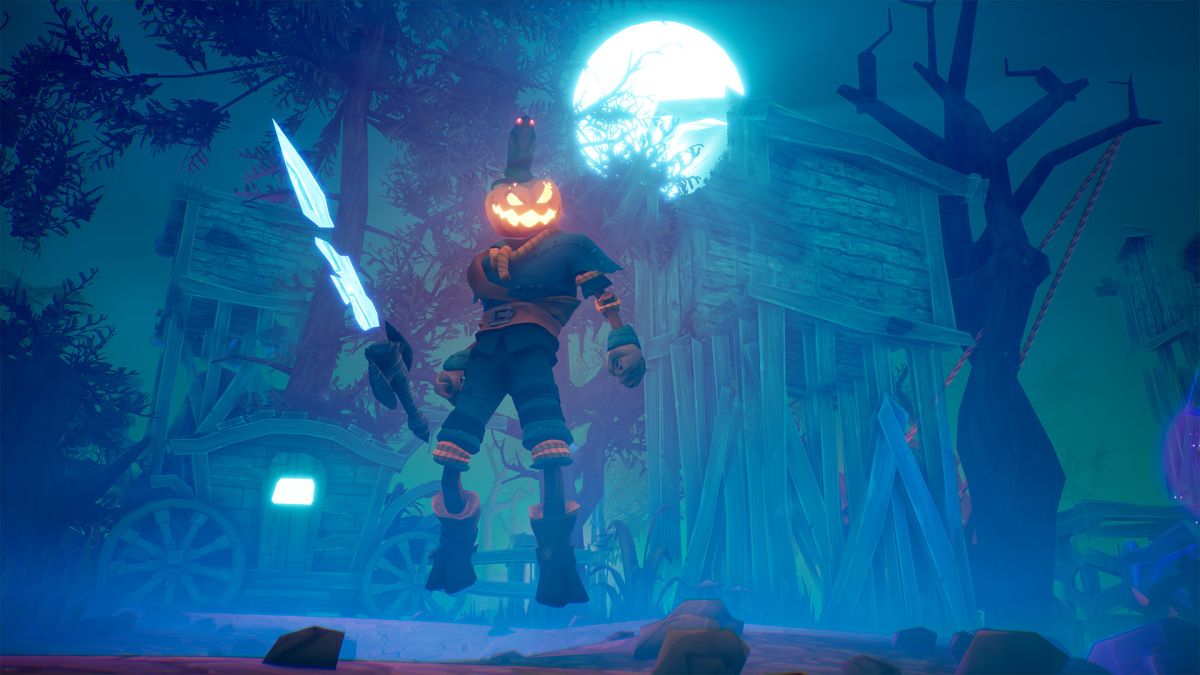 Pumpkin Jack is a videogame about Jack, who is the pumpkin lord. It’s also a videogame strongly reminiscent of PlayStation 2 classic Maximo: Ghosts to Glory, which was famous for a) basically being a 3D take on Ghouls and Ghosts and b) therefore being very hard.

As the trailer above will make clear, it’s a horror-themed game but it’s pretty far from being scary. Instead, you’ll romp around as pumpkin-headed Jack, smashing up enemies with combos, evading them with dodges, and solving the occasional puzzle along the way. These puzzles are of the physics-oriented variety, though each level will introduce new problem solving themes.

In other words, it’s a 3D platformer, and probably a bit more varied than ye olde Maximo after all. If you’re keen to give Pumpkin Jack a spin before its October 24 release date, there’s a demo available on the game’s Steam page.