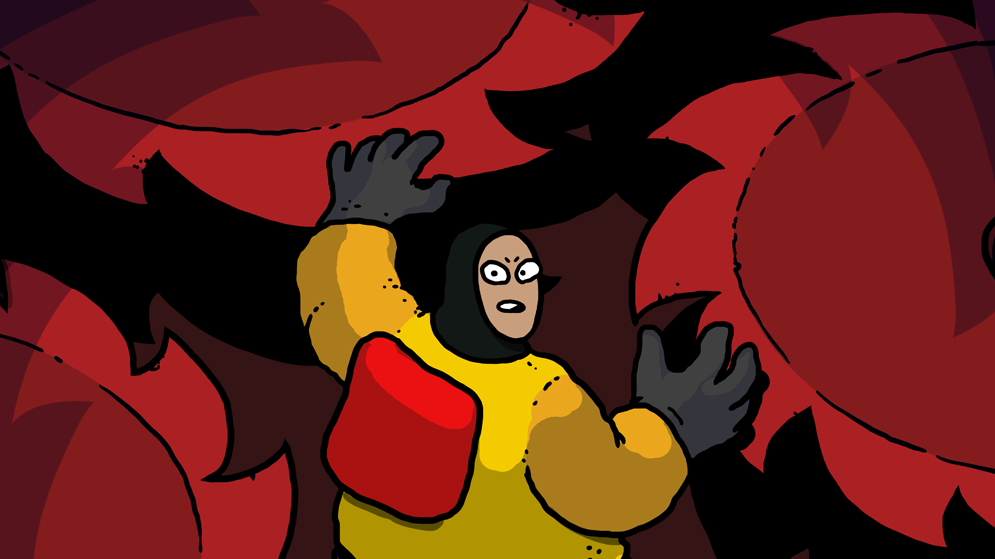 In any other situation, diving head-first into a pit of flying blades would be a terrible idea. Delightfully bloody buzzsaw-dodger Disc Room may be the one exception, however, with Devolver’s sawcore roguelike sharpening its blades for a release later this month.

Don’t get cut. That’s all you have to do. Unfortunately, as a tiny astronaut trapped on a massive sharp disc full of many thousands of smaller sharp discs, that’s much easier said than done.

A collaboration between Terri Vellmann, Adam “Doseone” Drucker, JW Nijman and Kitty Callis, Disc Room’s creators boast some impressive credentials on games like High Hell, Minit, and Nuclear Throne. Their latest feels like a particularly cruel joke on the latter, whose notorious Disc Gun prematurely ended many a wasteland king’s run for the Throne.

But Disc Room’s buzzsaw chambers aren’t simply cruel, they’re puzzling. Each offers their own challenge—whether it’s surviving for X amount of time, clear the floor of coloured lights, or intentionally get cut open by every blade on screen. Considering the brutality, James still felt it “a surprisingly chill, meditative experience” in his impressions earlier this year.

If you just can’t wait until October 22 to be bisected by spinning blades, there’s currently a free demo of Disc Room available over on Steam.