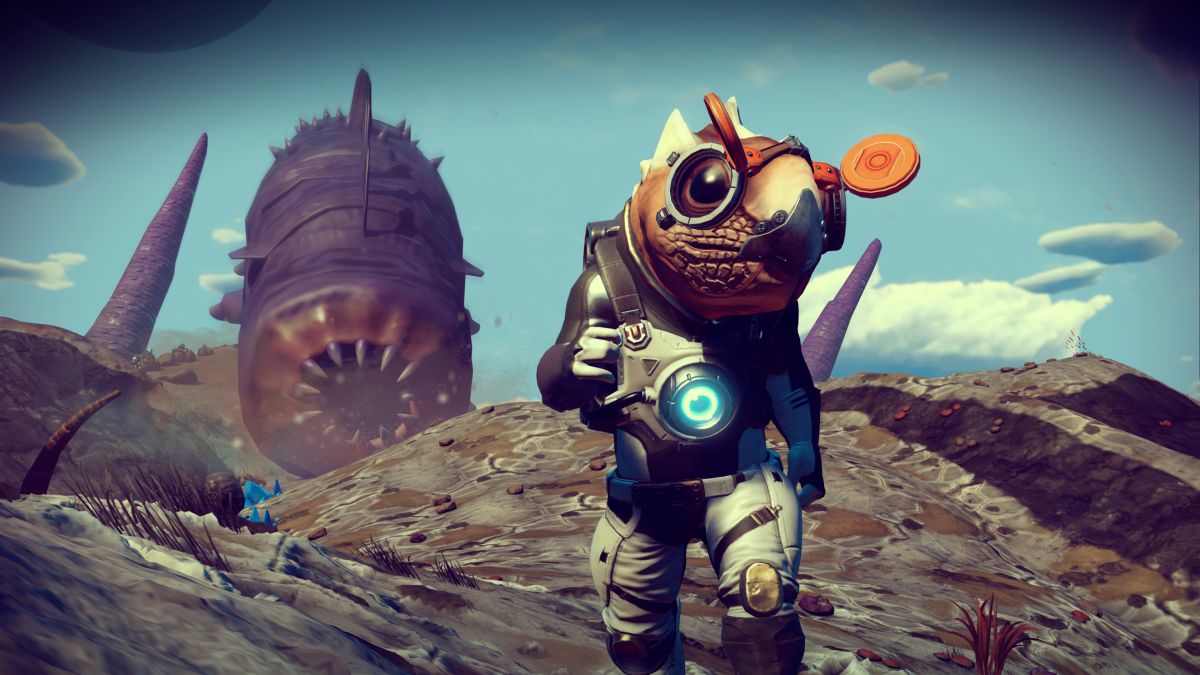 Andy Kelly has been playing No Man’s Sky, thanks to the Origins update. He returned in creative mode to check out a bunch of planets in quick succession to see what new worlds he could see. Tag yourself, I’m ‘rubbish winter planet’.

Chris Livingston has also been playing No Man’s Sky again, for the sandworms in his case. He was determined to track one down, and finally succeeded. He’s also visited two planets smooshed together, exploring the heavy weather where they combine.

Emma Matthews has been playing Crysis Remastered, although not very much due to of the absence of the original game’s quicksaves. Their replacement by checkpoints divides the game up into discrete chunks, with lines you can’t go back over. It may not seem like a significant change to some, but as someone who internalized an autopilot quicksave after playing games like Thief: The Dark Project, I definitely empathize.

Wes Fenlon has been playing Risk of Rain 2, with a game-changing artifact that doubles monster spawns while halving monster health. What could go wrong? Try two final bosses, simultaneously. It reminds me of a weekly challenge my group tried in Vermintide 2, a boon of Tzeentch that made each enemy split into two weaker enemies on death. And then they split. A single rat ogre quickly turned into a swarm of weaker skaven, which almost over-ran us.

On the subject of tides of skaven, this week I’ve been playing every single Warhammer Fantasy game on PC. Actually, I’ve been working on that for months. It was worth it to get Dark Omen running again, and for a trip down memory lane with HeroQuest. Although I don’t think much of the new edition Hasbro is crowdfunding, where the elf wears boob plate and has Warcraft ears.

Enough about us. What about you? Have you been playing Mafia: Definitive Edition, Serious Sam 4, or Pendragon? Are you still trying to make it out of Hades? Let us know!