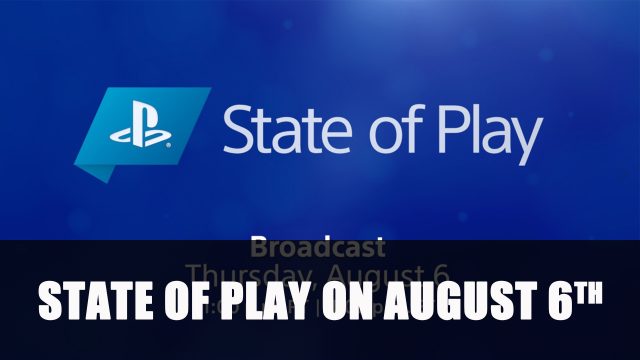 Sony has announced the next State of Play will taking place this Thursday but will have no major updates for PS5, focusing on upcoming PS4 titles and updates for PS5 titles from the June showcase.

Sony Announces State of Play for This Thursday

This week Sony will be holding their State of Play, this time focusing on PS4 and PS VR titles. In their latest blog, they have outlined this will also include updates for a few PS5 third-party games and indie titles which were already highlighted in the PS5 showcase in June.

While we get ever closer to the launch of Playstation 5 towards the end of this year, Sony still have some games yet to be released on Playstation 4 as well as PS VR games. The episode will not be short either, it will be a 40+ broadcast with a lineup featuring some new gameplay footage and update news.

This blog post also makes it very clear there will won’t be any new details or updates about hardware and there won’t be any first party game updates which fall under Playstation Studios.

What games from the Playstation 5 showcase are you hoping to see more off? Let us know in the comments below.

For more news be sure to check out next Monster Hunter World Has Shipped 16 Million & Iceborne 5.8 Million and Avowed Job Listings Hint Cross Platform, Multiplayer Plus More.