A Kickstarter campaign has launched for Eiyuden Chronicle: Hundred Heroes under the creators of the Suikoden series.

Considered the spiritual successor of the Suikoden series, and under the same key creators, a Kickstarter campaign has launched for Eiyuden Chronicle: Hundred Heroes by Rabbit & Bear Studios. The JRPG has an initial goal of $512,195 which has already been surpassed four fold. The estimated delivery for pledges looks to be October 2022 according to the campaign page. 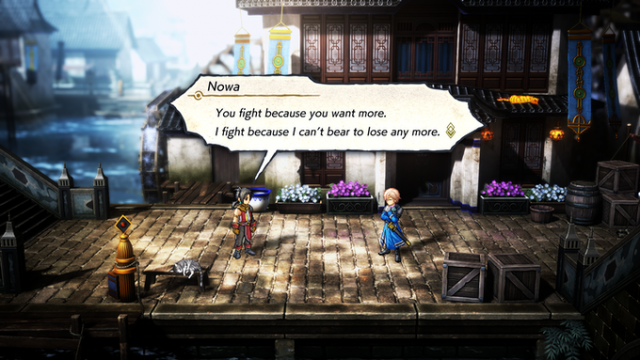 The developer is under Yoshitaka Murayama who worked on Suikoden I&II as well as Junko Kawano who also collaborated on Suikoden I&IV. The project outlines a 6 character battle system which will take 2D sprite art-style with 3D background visuals.

The story spans a deep narrative with a 100 different characters. The goal is for the title to come to PC with additional stretch goals for Playstation 5 and Xbox Series X. The gamplay focuses on turn-based combat, an RPG system which allows you to command up to six individual units against an army, or against a large foe. You can also recruit new characters that you meet in your travels, from your average fisherman to a brave warrior, each with their own part to play.

There is also a guild system which means you can create your own band of knights, merchant guilds, thieves’ guild or even cooking guild. Complete tasks for the guild to gain rewards, learn skills and strengthen your fortress as well as battle skills.

Eiyuden Chronicle will have a vast world for players to explore, with a number of biomes, towns full of life, caves as well as more scenic villages. You can interact with townsfolk to learn more about the lay of the land, travel remote regions and fight secret bosses. From the Kickstarter campaign there are a few visuals which shows a rich, detail town with the hustle and bustle of towns people.

If that hasn’t convinced you to back the project there is also Motoi Sakuraba involved who composed soundtracks for the Tales Of series, Shining Force 3, Golden Sun and Baten Kaitos. Eiyuden Chronicle will focus on a classic JRPG setup, but with a more modern approach with new technology.

There are a number of stretch goals of course, with a few already funded including console platforms, cooking mini-game, New Game+, fishing and more.

You can check out the teaser trailer below:

From the visuals shown it reminds me a little of Octopath Traveler but with more animated combat, more systems and such a vast world to encounter. If you want to help fund the Kickstarter be sure to back it, there are 31 days left to go. The campaign at the time this article was written is now $2,183,262 with 21,221 backs.

For more news find it here in Rumour: Final Fantasy XIV Coming To Xbox Soon? and Project Athia Confirmed As An Open-World Game.