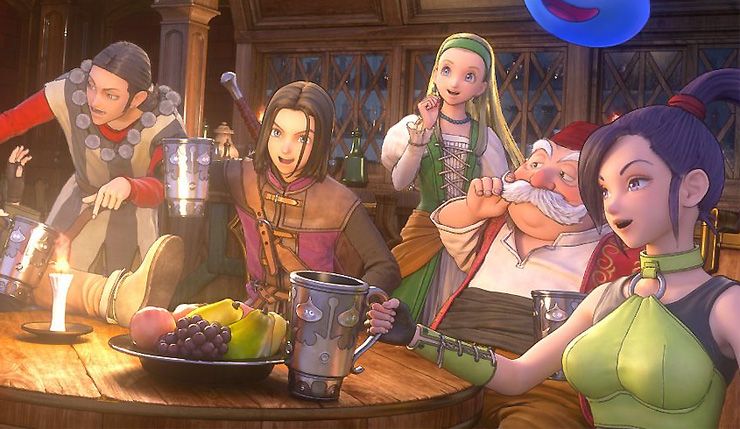 Dragon Quest 11: Echoes of an Elusive Age was a decent albeit stock standard take on the classic JRPG series. It launched in the west in 2018 for PC and PS4, before a substantially expanded version released for Nintendo Switch the following year.

This Switch version was the real deal: the original game’s much-criticized soundtrack got the full (and much demanded) orchestral treatment. It also added a brilliant 2D mode, allowing the game to be played in glorious 16-bit pixel art, as well as new side quests and a photo mode.

Those features are finally coming to PC (as well as PlayStation 4 and Xbox One), but there are a few caveats. It won’t be an update: you’ll need to fork out for the full asking price of $39.99 (AU$54.95). I’ve reached out to Square Enix for clarity on this, but as of now, there’s no mention anywhere of a free upgrade or a cheaper upgrade DLC option.

Meanwhile, there’s the chance the graphics won’t be quite the same as the 2018 PC version. The game’s FAQ advises that “it’s a port of the Nintendo Switch version, so the graphics are not the same as they were for the original Dragon Quest XI for PlayStation 4”. There’s no explicit mention of PC here.

This implies that the new Definitive Edition is a straight port of the Switch version, though the FAQ also notes that “the resolution and frame rate are at least as good as they were for the original PlayStation 4 release”.

I don’t think it’s much to worry about: the Switch version looked just like the PS4 version, just with the usual resolution and frame rate disadvantages. But I’ll reach out to Square Enix for more info. In the meantime, here’s the Steam page. Dragon Quest XI S: Echoes of an Elusive Age – Definitive Edition (that’s a mouthful) releases December 4.