The developer Gato Salvaje Studio has announced they are bringing The Waylanders to the GOG’s Games in Development program this July.

The party-based adventure RPG The Waylanders will be coming to the GOG’s Games in Development program this July 27th 2020. Those who want to get their hands on the game on GOG, can get the title for $34.99 and with a temporary discount of 10% off. 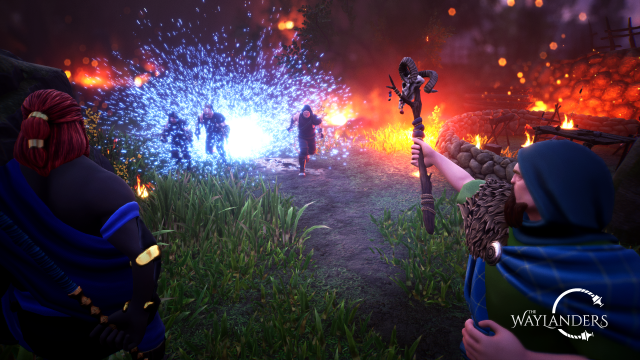 The party-based game features real-time combat, with tactical pause option for players to have control over offensive Formations. This allows for a deeper combat experience, as Formations allows for players to round up other party members to perform specific class-based moves against enemies.

The title has six basic classes, a choice of 30 advanced classes and 9 companion characters to choose from, with the option for romance. This gives plenty of flexibility in terms of RPG playstyles and character creation. Currently the game has around 10 to 12 hours of content but with a planned 30 to 40 hours when the game officially launches.

Recently the developer announces an Early Access Roadmap for 2020 which outlines what will be coming to the early access/during the in development stage which includes a forge crafting system, new features, story and more. An updated roadmap will be released mid-August according to the recent mid-August.

The Waylanders is coming to GOG’s Games in Development on July 27th, and is currently available to play on Steam Early Access, with the goal of leaving Early Access in 2021.

For all the latest info be sure to drop by our The Waylanders wiki. Be sure to check out more details for the development roadmap in The Waylanders Early Access Roadmap.