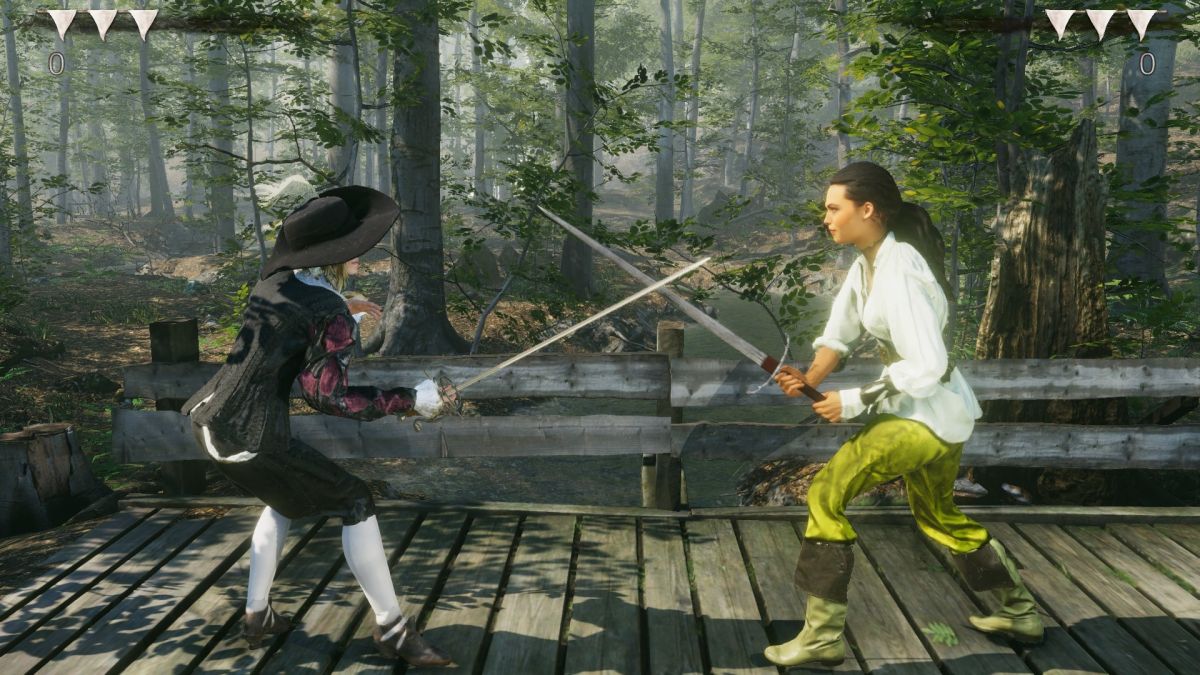 Who likes swordfights? Swashbuckling? Fencing? Fighting games? Here’s one for you: Hellish Quart, a physics-driven indie fighting game that promises to emulate the real cut-and-thrust of close combat in the 17th century. That’s right: It’s the era of musketeers and janissaries and cossacks. Superb. The game uses motion captured moves from actual fencers, and 3D-scanned reproductions of period clothing, to give the feeling of authenticity. The solo indie developer, called Kubold, is an animator and motion capture actor who worked on The Witcher 3.

The look of the game’s combat flow and damage system have inspired comparisons to 90s Playstation fighting game series Bushido Blade. Though game physics have advanced significantly since then, the game is definitely coming from the same idea. The gifs are, I must say, inspiring—even for non-fighting game players. They display a wide variety of historical sword fighting tactics, blocks, dodges, and attacks.

You can find Hellish Quart on Steam, where it is due to release into Early Access “soon.” You can also check out the game’s official website.